The Herbert H. and Grace A. Dow Foundation Donates $4 Million to Interlochen Center for the Arts

Marking the largest non-estate gift in Interlochen’s history, the funds will be used to build a single facility that will complete all remaining goals of a campus master plan developed in 1990. 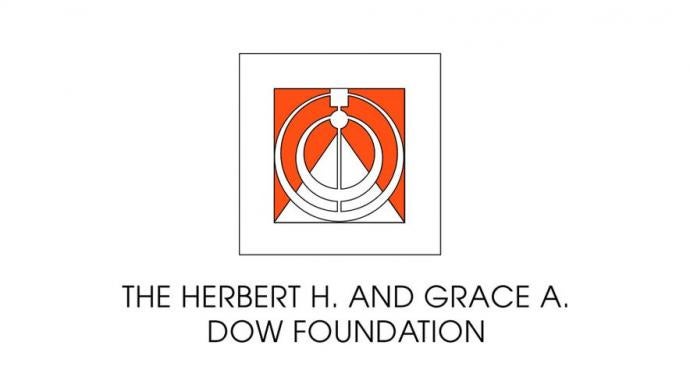 Interlochen Center for the Arts has been awarded its largest non-estate gift ever.

The $4 million gift from The Herbert H. and Grace A. Dow Foundation will be used for the construction of a single new facility that will address all remaining goals of a three-decade campus master plan, adding waterfront housing for students, faculty, and visiting artists.

“This gift and the new facility represent a defining moment for Interlochen. Through the residence hall, we’ll be able to reach our enrollment goals and accommodate more deserving, talented young artists at Interlochen, while achieving a new competitive edge in recruiting outstanding faculty for Camp. Through the adjoining visiting artist suites, we’ll be able to attract world-renowned visiting artists to our campus year-round,” said Trey Devey, President of Interlochen Center for the Arts.

The $8.5 million facility will have two wings. One wing will be designed to serve as living quarters for 60 students during the Academy school year, and will be convertible to lakeside apartment spaces for Interlochen’s Arts Camp faculty in the summer. The other wing will serve as temporary quarters for visiting artists and performers throughout the year. The Interlochen Board of Trustees voted unanimously to name this signature facility as the Herbert H. and Grace A. Dow House.

Mike Whiting, President of The Herbert H. and Grace A. Dow Foundation said, “The Dow family and The Foundation share a long history with Interlochen. We are proud to support this extraordinary cultural institution and its mission to develop future leaders whose lives and work will be shaped by rich learning experiences in the arts. The Herbert H. and Grace A. Dow House will be home to the very people who will realize Grace’s vision for improving the cultural lives of our communities.”

The legacy continued with the second and current master plan, created by Sasaki and Associates and funded by Herbert H. and Barbara C. Dow. The campus master plan included the vision and construction of the Phoenix Theatre, Harvey Theatre, The Writing House, Aaron and Helen L. DeRoy Center for Film Studies, Herbert H. and Barbara C. Dow Center for Visual Arts, the Music Center, and the upcoming Dance Building renovation and expansion. The new facility addresses all of the remaining goals of the original 1990 Sasaki plan, and highlights the Dow family’s leadership in artistic education, as theirs becomes the lead gift in what will be a defining moment for Interlochen.

“Interlochen today is a leading global arts and education center thanks to the leadership and support of the Dow family over many years, and for that we are deeply grateful,” said Devey.

That this gift came on the heels of Interlochen’s most successful comprehensive campaign in history is notable.

“This gift sustains the incredible momentum that was built during the CREATE AMAZING campaign, constructing facilities that are representative of a world leader and convener of the arts,” said Devey. “This also marks a turning point for us philanthropically, as we shift our focus toward making an Interlochen education accessible to more mission-appropriate students, helping us attract a diverse student body and adding value to their education by offering exposure to the world’s leading artists.”

More than $5 million has been raised for the new facility to-date, which now enters a detailed design phase.