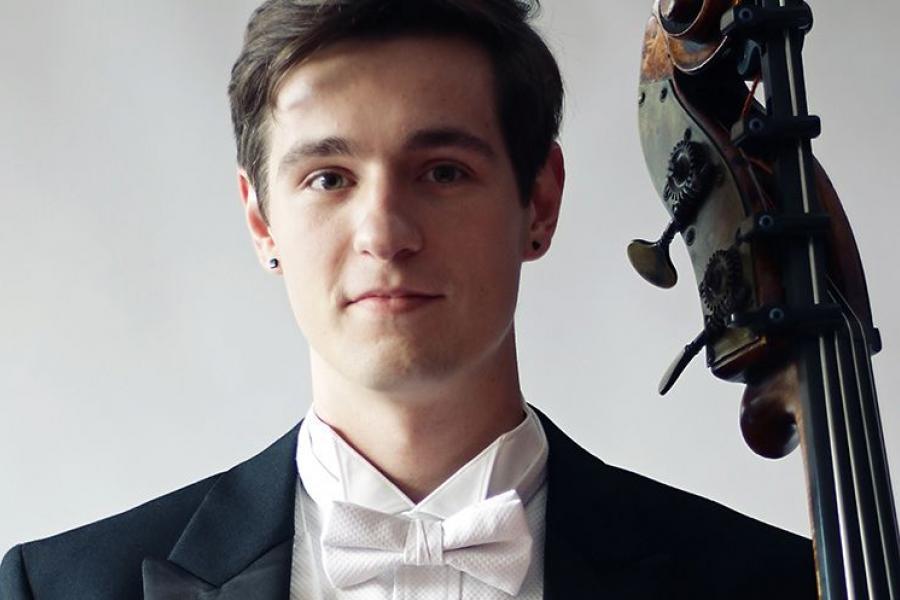 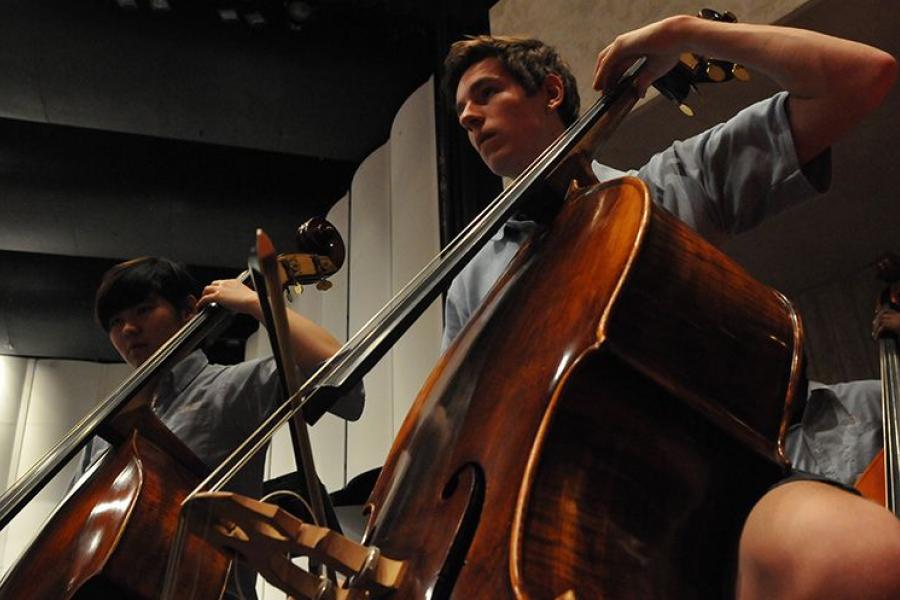 “It was sort of unbeknownst to me a precursor to future events in my career,” Myers told Interlochen Public Radio’s Amanda Sewell in a recent interview.

“It was sort of a slow burn, how I got into music,” Myers said. Myers enjoyed playing in his school orchestra program in Cadillac, Michigan, but never had formal music training before coming to Interlochen Arts Academy. “I guess I kind of jumped in head first, attending Interlochen for my junior and senior years.”

After graduating from Arts Academy, Myers trained at the New England Conservatory. Several years later, while pursuing his graduate studies at The Juilliard School, he found himself once again performing in Alice Tully Hall. It was during his final year at The Juilliard School when Myers successfully auditioned for a position with the Detroit Symphony Orchestra—bringing him back to Detroit’s Orchestra Hall as the ensemble’s youngest musician.

This month, Myers is set to return to Interlochen Center for the Arts, not as a student, but as a member of the Detroit Symphony Orchestra. It will be the first time that the ensemble has performed at Interlochen since 2006.

“The sentiment is not lost on me,” Myers said. “Being able to come back and play with my home ensemble in another musical home of mine is really special. I think it’s going to be pretty emotional for me.”

Tickets for the concert are still available. Those unable to attend are encouraged to join us online as this performance will be broadcast live on Livestream and on Classical IPR.

The 2019 Detroit Symphony Orchestra roster features over two dozen Interlochen alumni. In the coming weeks, we will be bringing you highlights from a few of their artistic journeys.