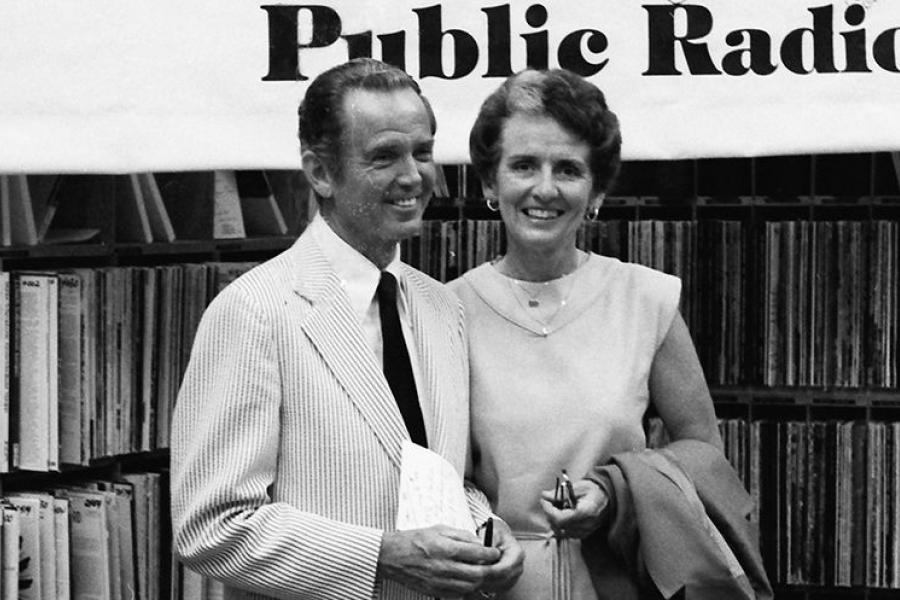 William and Helen Milliken at Interlochen Public Radio in 1980. 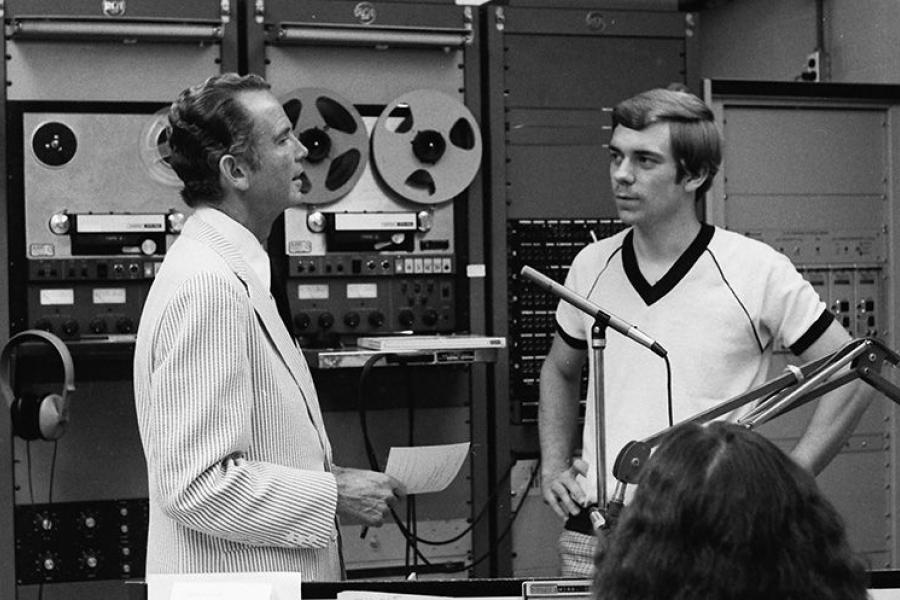 On Friday, Oct. 18, 2019, former Michigan Governor William G. Milliken passed away at his home in Traverse City at the age of 97.

During his remarkable 14-year tenure as governor, Milliken was lauded for his statewide efforts to promote economic diversity, new technology, and environmental quality. A Traverse City native, Milliken was also a passionate advocate for the arts and devoted supporter of Interlochen. He served on the Board of Trustees from 1983-97 and was a vital member of the Interlochen community for decades.

"William was an extraordinary public servant whose passion and advocacy for the arts were an inspiration to everybody around him," said Trey Devey, President of Interlochen Center for the Arts. "It it is our belief that his legacy will live on through the art that was created due to his unparalleled generosity and support."

Over the years, Milliken and his late wife, Helen, were actively connected to Interlochen: they attended campus events, were guests on Interlochen Public Radio, and even found opportunities to spotlight student talents on regional platforms. To commemorate their arts advocacy, in May of 1981 Interlochen hosted a recognition dinner for the Millikens in Detroit’s Renaissance Center where then Vice President George H. W. Bush was the keynote speaker.

Milliken is survived by his son, Bill Jr. William’s sister-in-law, Elnora Milliken, one of the founders of the Traverse Symphony Orchestra and a longtime friend of Interlochen Public Radio, died earlier this year on Jan. 11. Helen Milliken passed away at their home in Traverse City on Nov. 16, 2012.