Composition alumna balances careers in the artistic and professional sectors. 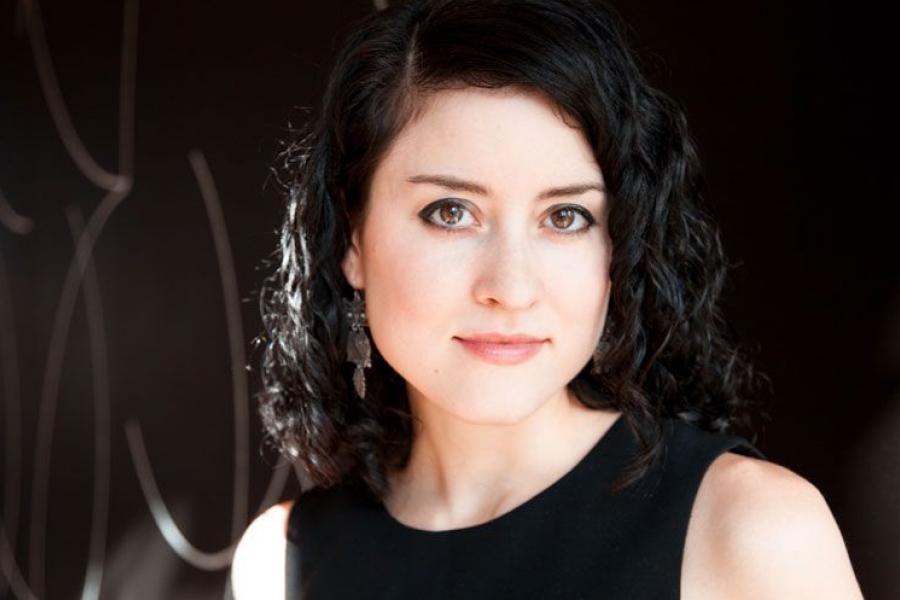 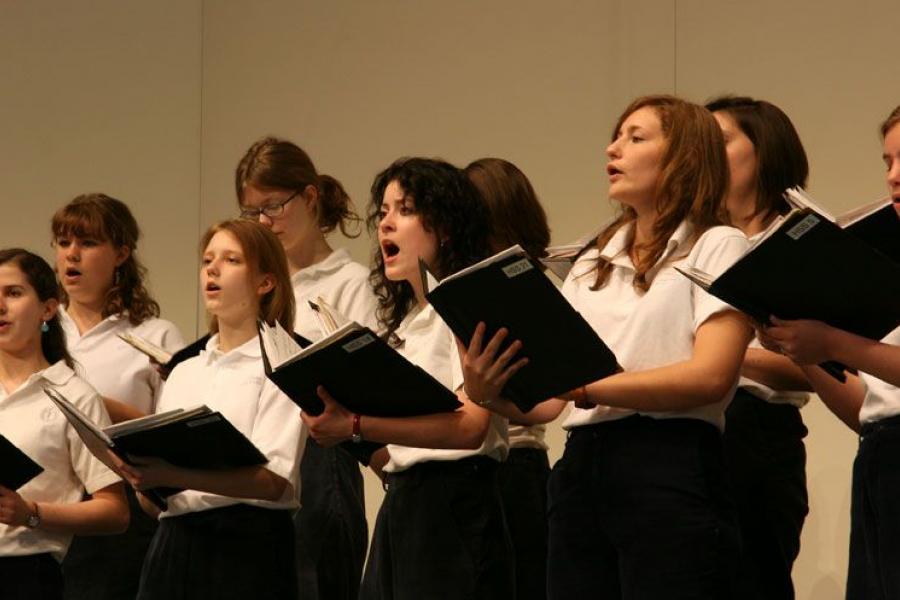 For many young artists, choosing a career is a difficult, either-or decision: Bassoon or business? Creative writing or chemistry? Sculpture or social work?

Purrington, a composer of choral, instrumental, and orchestral music, earned degrees from Rice University, Yale School of Music, and The Juilliard School. Over the past several years, Purrington’s impressive resume has grown to include recognitions from the American Academy of Arts and Letters and American Society of Composers, Authors, and Publishers (ASCAP), and commissions from the New York Youth Symphony and the Philadelphia Orchestra. Her works have been performed by the American Modern Ensemble, Minnesota Orchestra, and American Composers Orchestra, among others.

Recently, Purrington added a new position to her resume: Associate Director of Advancement at Barnard College. Despite her emerging career in development, Purrington has no plans to decrease her compositional output. “I’m fortunate to be able to simultaneously pursue two things that I love,” she said in a recent interview. “I'm not sure how tenable it is in the long run, but right now, I’m in a wonderful place.”

We sat down with Purrington to learn more about how she became a composer, finds inspiration, and balances her two careers.

How did you start composing?
Initially, I wanted to focus solely on voice—I’m also a singer and sang in choirs throughout high school. During my sophomore year, my high school chorus teacher asked me to arrange "Hide and Seek" by Imogen Heap for our choir, which I did. Then, she suggested that I should try composing something entirely new. So I tried it. My teacher was incredibly helpful—she provided a lot of feedback and helped me re-work my piece into something beautiful. “Doubts,” a short work for women’s choir, premiered my junior year of high school. I'm still proud of it.

After that, I knew composition was something I really wanted to pursue. I started applying to summer programs in both composition and voice, and I was accepted into Interlochen Arts Camp for composition.

What do you remember about your time at Camp?
For me, the experience was important because I needed to know that I could thrive in a musically intense environment for an extended period of time. Granted, the program was only six weeks, but it still gave me a sense of my own capabilities and a confidence that I could live in that world.

I think there were nine or ten of us in the high school composition program that year, so it was a very small cohort. I was able to absorb so much. I had an orchestra reading, which was incredible. It wasn't a particularly good piece, but I had the opportunity to hear an entire orchestra play my music. I didn’t have that experience again until I was in my master’s program.

I also made really good friends. I still hang out with some of them—I actually just ran into two of them at the Met [Opera]. Another friend transferred to Rice after I left, but we ended up hanging out when I went back to Houston to visit. Yet another was completing a graduate degree at Manhattan School of Music while I was working there. It’s just wild that I’ve been able to keep in touch with so many people, and maintain meaningful friendships.

There were also several fantastic performances that summer—far too many to remember. Sumi Jo gave an incredible concert. I ran into Renee Fleming one day, just walking around campus. I interrupted her conversation and was just like, "hey!" She was so kind and so gracious, even though I was being rude. She signed my badge.

Do you go into your own work knowing the story you want to tell? How do you find your voice within your work?
A lot of it depends on the musicians I'm writing for and what the specific project is. A real turning point for me, compositionally, was when I was studying with Samuel Adler in Berlin after my sophomore year of undergrad. For my very first lesson with him, I brought this mess of a piece, and he said to me, "You're such a nice girl. Why are you writing music like this?" And then he asked me, "Do you like this music?" And it's so silly, and it's so simple, but no one had ever told me that I should write music that I like. And that kind of changed everything.

Tell us about your current project, a guitar concerto for the American Composers Orchestra and guitarist JIJI.
This specific project is a lot different because I've had so much time to write it. I started this piece in the fall of 2017, and it's going to premiere in November of 2019. That’s the longest span of time I've ever had to focus on one project. I've been able to slowly work on it, move away from it, come back, and refine things.

I started learning guitar recently, and that's been another strange, new aspect of this work. I've never been able to compose on the instrument that I'm writing for, other than piano or voice. That's been interesting: trying to play through my own music on an instrument that I'm not comfortable or fluent on at all. The process has been both exciting and challenging.

You’ve said clarity is something you emphasize in your work. Tell us about that.
Another very simple lesson that I've learned—but life-altering at the same time—is that you should write the music the way you want it to sound. And that's something I've only learned very recently. Sometimes I have to step back and ask myself, "Is this clear? Is this going to sound the way I want it to sound? How do I convey that to the performer?"

I spend a lot of time with my parts, looking at them and saying, "This is all the performer has. What do they need to know?" Then I add details to try to help them out without overwhelming them with too much information.

Composition has historically been a male-dominated field. Has that been alienating for you?
I’m lucky because I’ve always had female role models and mentors: my high school chorus teacher Kayla Werlin, Roshanne Etezady at Interlochen, Shih-Hui Chen at Rice. From the beginning, I've had strong women to look up to. I think that's really important.

What else are you up to?
I have a full-time job as Associate Director of Advancement at Barnard College. It’s an institution that I wholeheartedly admire, and I’m grateful that I get to be a part of it.

What’s your advice for young artists?
Know that there isn't a defined path. One of the hardest lessons I've had to learn is that none of my mentors know what it's like to be a female composer at my age, right now, trying to do what I'm doing. Our mentors are the luckiest individuals in the world to be where they are. They're also insanely talented, and they've worked very, very hard. But you can't always count on them for the exact advice you need. Sometimes you have to go with your gut, move forward, and prepare yourself for anything.

When I realized that I didn't really want to go into academia, I tried to gain experience in other areas. I wouldn’t have been able to pursue my current job if I hadn’t sought preparation on my own. There’s this romantic idea that truly committed artists shouldn’t have a Plan B. Well, no, that’s just not smart: You may want one. Develop a broad knowledge, and don’t limit yourself to one idea of what it means to be an artist and a musician. And this is a positive thing; it's not negative. It's about embracing breadth.

What do you listen to? What keeps you motivated and inspired? Imogen Heap?
Actually, yes! I'm seeing her concert in May, and I am so excited. In general, I try to attend as many concerts as I can—there isn’t a substitute for live performance. I especially love going to the Met, partially because I'm also a singer.

Would you ever want to collaborate with Imogen Heap?
Probably. I’m still mildly obsessed.