Lift every voice and sing 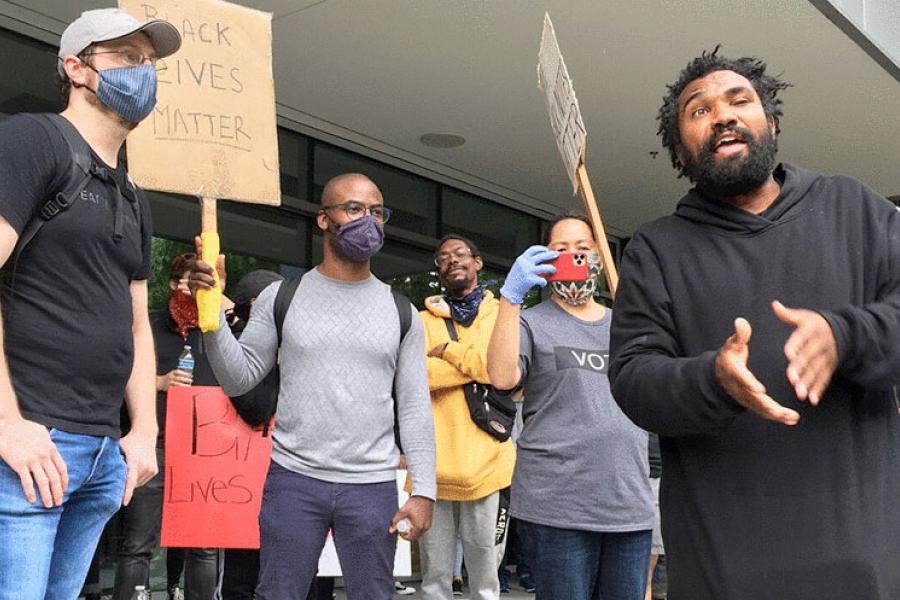 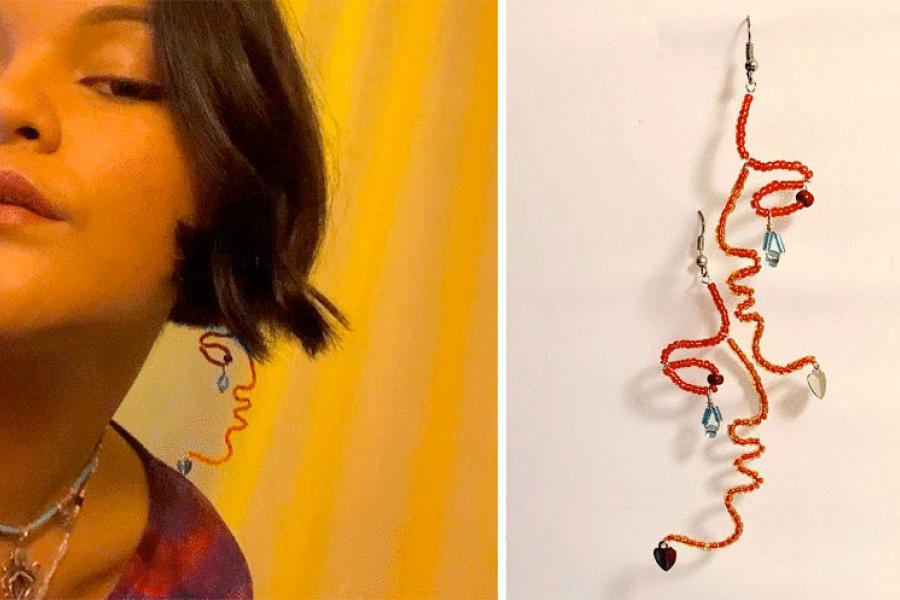 When pressed by a journalist about the role of the artist in society, musician and civil rights activist Nina Simone replied that, “An artist’s duty, as far as I’m concerned, is to reflect the times.”

During this tumultuous period, a number of alumni and members of our Interlochen community have already made great efforts to use their skills and talents to make a difference. Whether it’s Melanie Chitwood (IAC 09-10, IAA 10-12) on the frontline of COVID-19 research, or former Obama Administration White House Domestic Policy Council leader Cecilia Muñoz (AS 75-77, IAC/NMC 79) hosting a roundtable on the rise of women of color in leadership roles—the seven artists below have taken Simone’s words to heart, and have found creative ways to put their craft to work in these uncertain times.

In May, a project began to develop a collective of Black, Indigenous and People of Color (BIPoC) musicians. Their goal was to create a video that would inspire young Black musicians to pursue classical music. However, after the deaths of George Floyd, Breonna Taylor, Ahmaud Arbery, and others, the planned performance morphed into a call for justice. Arranged by Fred Onovwerosuoke, “Lift Every Voice and Sing” features the talents of Demarre McGill (IAC/NMC 89-91), Anthony McGill (IAC 91, 93, IAA 94-96, IAC St 96), Adedeji Ogunfolu (IAC 04), and many other incredibly talented musicians from across the country. “This recording is for every protester, every freedom fighter, everyone who needs to be lifted up,” Demarre McGill said, “and to honor George Floyd, Breonna Taylor, and the numerous others whose lives have been stolen by police violence.”

“I'm going to play you the first song that I ever wrote,” Jewel (IAA 90-92) said during a recent performance for MTV Unplugged at Home, “I wrote this when I was 16...I was accepted to an amazing fine art school in Michigan from Alaska….To earn money I would street sing, and so I learned four chords.” Jewel goes on to explain the importance of making “lemonade out of lemons,” and how mindfulness, kindness, and an openness to new experiences helped her write her Grammy Award-nominated first single, “Who Will Save Your Soul.” Jewel developed those practices into a mindfulness toolkit, and in early May, she co-hosted a global guided meditation with The New York Times.

Arts Academy alumnus, actor, and HIV activist Kyle Horne (IAA 08-10) recently co-authored a children’s book about COVID-19 safety. ‘Careless Corny’ was made available in English and Spanish as a free download through Children's Hospital of Los Angeles. The hospital’s website includes a video reading of the book by Academy Award-winning actor Natalie Portman.

YoungArts winner, Interlochen Arts Academy President’s Award in Art recipient, and Presidential Scholar in the Arts nominee Angelica Bohanan (IAA 15-19) is currently raising money for the National Bail Out Coalition through the sale of her artwork and jewelry via Student Art Activists. After a YoungArts peer informed Bohanan of the Los Angeles-based student artist initiative, Bohanan agreed to donate 100% of her proceeds to the movement. “She sent out a post asking for artists,” Bohanan said, “and I wanted to be as much of a help as I could.”

“It was an honor to play the first Black Disney prince,” stated Noah Ricketts (IAA 09-10) who starred as Kristoff in Disney’s Frozen on Broadway. “I didn’t even realize how much it would affect kids of color until I would sign autographs after each show. They had so much joy on their faces after seeing themselves represented on a Broadway stage.” Unfortunately, Ricketts was devastated to learn that Frozen would not be reopening on Broadway after closing due to COVID-19. Ricketts, ever the optimist, decided to channel his newfound downtime and energy into something positive. Working with fellow Broadway actor Aisha Jackson, the two created the call to action #TheaterInColor. This social movement calls for BIPoC actors and artists to share their experiences in the theatre world, and to offer their vision for change moving ahead. “One person of color leading the story simply isn’t enough,” Ricketts said. “I want to see a hell of a lot more people of color in principal roles on Broadway. Telling the story, and changing the audience's perceptions of what can be."

Are you an alumni who is currently using your skills as a citizen artist to make a difference in your community? Let us know by submitting a motif.