In a Q&A, the celebrated soprano reflects on her multifaceted career and offers advice for aspiring vocal artists. 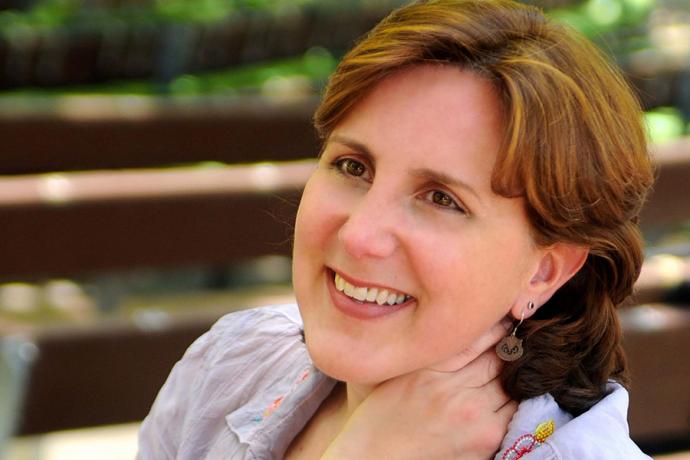 It wasn't until Dawn Upshaw's junior year of college that she decided to embark upon a career as a classical musician. The world-renowned soprano—a five-time Grammy Award winner and the first vocal artist to be awarded the MacArthur Foundation's "genius" prize—began college as a musical theatre major.

"My voice teacher pulled me aside and said that if I wanted, he thought I could have a career singing classical music," she recalls. "I hoped that I'd be able to do it, but I didn't start college as the best or most talented singer. I worked really hard. So it meant a lot to me that he said that, and I took it all more seriously."

Upshaw began her career as a 1984 winner of the Young Concert Artists Auditions and the 1985 Walter W. Naumburg Competition, and ultimately became one of the most critically acclaimed sopranos in the world. Known as much for championing new works as for collaborating with leading musicians and showcasing an unusually diverse repertoire, Upshaw has premiered more than 25 works in the past decade with fellow artists including Gilbert Kalish, the Kronos Quartet, Esa-Pekka Salonen, and the Brentano String Quartet. The founding artistic director of the Vocal Arts Program at the Bard College Conservatory of Music, Upshaw currently serves as head of the Vocal Arts Program at the Tanglewood Music Center.

On April 28, Upshaw will visit the Interlochen campus to lead a master class with Arts Academy voice students and perform "Dido Reimagined" with the Brentano String Quartet. Here, she reflects on her multifaceted career and her advice for aspiring vocal artists.

Your discography showcases an unusually diverse repertoire, with premieres of works by contemporary composers such as John Harbison, John Adams, and Osvaldo Golijov as well as baroque and 19th century favorites and American showtunes. Looking back at your musical training, how did you come to embrace so many different styles?

None of these styles have ever felt like stretches to me because my interests have always been varied. Looking back, folk music played a big role in my musical upbringing, and it directed me in certain ways.

My parents were amateur musicians, my sister and I both sang, and as a family we brought "music with a message" to young people at elementary schools near our home in Park Forest, Illinois. I grew up during the Civil Rights Movement, and my parents were huge fans of Bob Dylan and Peter, Paul, and Mary. There was so much music we sang in hopes of changing people's views or bringing a different perspective. The power of the text was always a central part of the meaning of music for me.

There were several moments along the classical music path when I didn't follow various traditions. I wouldn't call myself a rebel, but I had a broader range of interests not only in different styles of music, but also in meeting and collaborating with other musicians. Instead of being guided by repertoire, I was guided by musicians whom I had tremendous respect for, and living composers that I wanted to work with.

Throughout your career, you've pursued innovative projects and collaborations, from your recording of Henryk Gorecki's Symphony No. 3 with the London Sinfonietta to your recent premiere with the Brentano String Quartet of a new work by Melinda Wagner, "Dido Reimagined." How do you choose projects and know when they will be a good fit?

This may sound simple, but I've always felt like building musical relationships is kind of like building friendships. Just like with friendships, you click musically or you don't, and it doesn't mean that one person is a poorer musician. It's a matter of taste and really allowing someone else to speak musically, and trying to understand what they're trying to say. I've had as many first meetings where I've realized we're not a good match as those where I think we can collaborate and say something meaningful together.

What advice do you have for aspiring young pre-college singers?

The high school years can be so fragile. Physiologically there's still so much change going on. It's important to let things happen organically and to help guide the truest, most honest sound, driven by the text. Mentors are so important to this process. I was blessed with teachers who were terrific musicians and great guides who didn't force my musical growth.

I also urge students to listen to and collaborate with others. There's this whole genre that's song and accompaniment, but if the singer falsely believes that their accompanist is secondary, then they won't actively engage in the collaboration. I encourage young singers to sing more chamber music with instruments besides piano, and to choose repertoire with piano where there's an equal dialogue. It's easy to get fixated on oneself, but engaging with others is just as important.

As vocalists, we also have the opportunity to spend a lot of time on silent work—working not only on our vocal cords but also with the text: studying its historical context, meaning, and languages.

For young singers, I also think it's so important to develop at least 60 percent of your repertoire in your first language: You need to understand expression first through your mother tongue. Young people often want to sing music in foreign languages, which is fine for pedagogic reasons, but it's really important to get to know yourself first as a singing musician and hone your expressive skills.

As the country opened back up after the worst of the pandemic, you began touring with the Brentano String Quartet. How do you maintain your own resilience and stamina during challenging times, and what's next for you?

It's been very exciting to have an abundance of concerts this year. The pandemic has been difficult for many of us who feel sad when we're not singing and preparing. It's been hard, and coming back is hard too—I've been trying to be smart and not over-sing. And even recently we've lost rehearsal time due to illnesses in various player's families. It's a matter of taking it one day at a time and trying to build up stamina and strength along the way.

I'm also in the early stages of a new trio for piano, viola, and me. But I'm purposely slowing down. I've always imagined that I'd taper off as I get older.