We look back at Interlochen’s long history with this treasured destination. 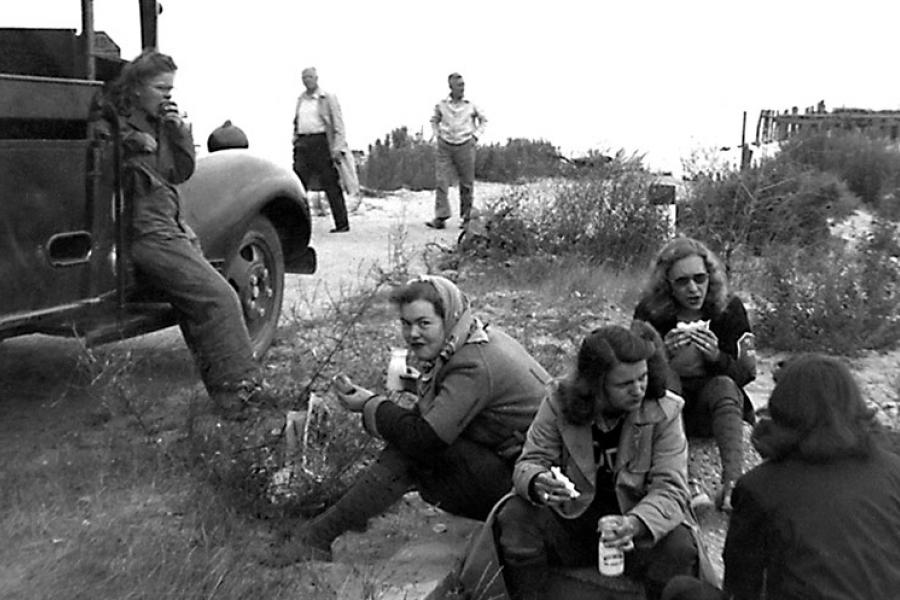 Interlochen Arts Camp faculty and staff (known as National Music Camp from 1928 to 1991) enjoy a picnic at the Sleeping Bear Dunes in 1946. Interlochen students pose for a photo atop the dunes in 1961. 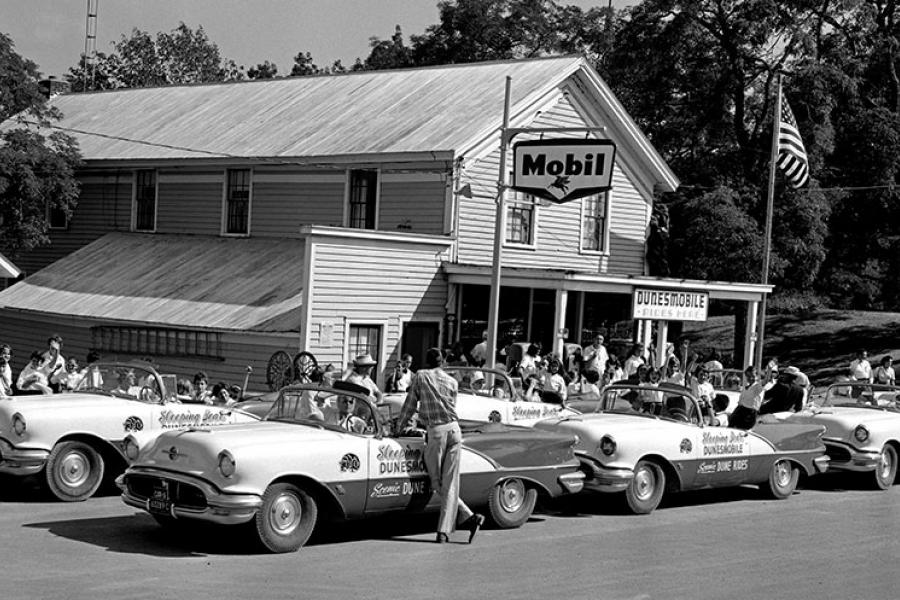 Interlochen students climb into the famous ‘Dunesmobile’ vehicles in 1961 for rides on the sand. 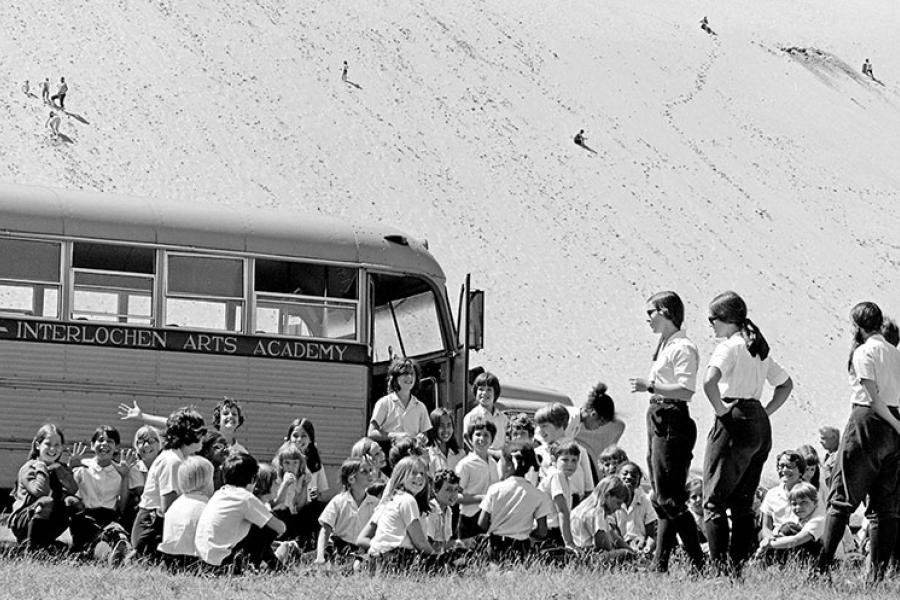 In 1968, students get ready to climb the giant sand dunes. 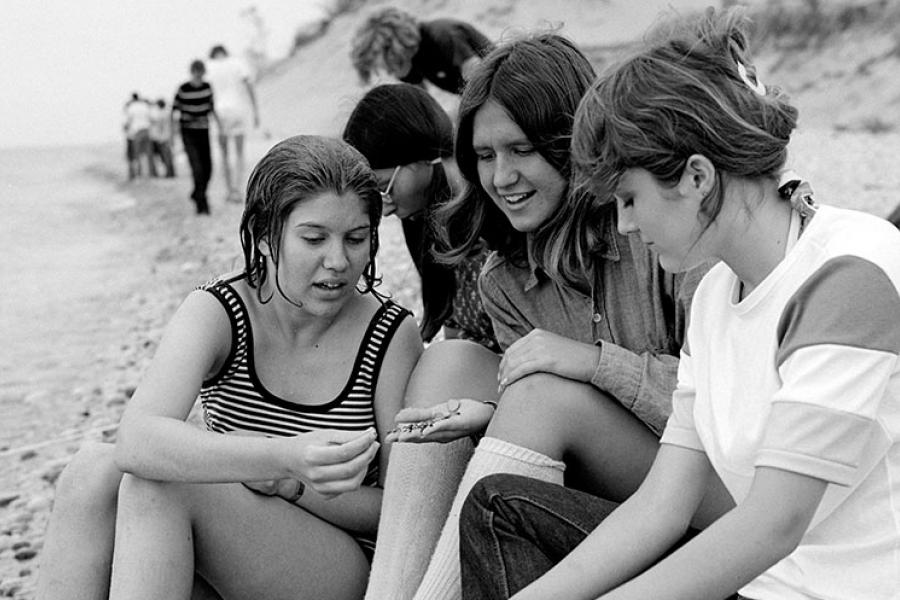 Students enjoy looking for rocks along the lakeshore in 1972. 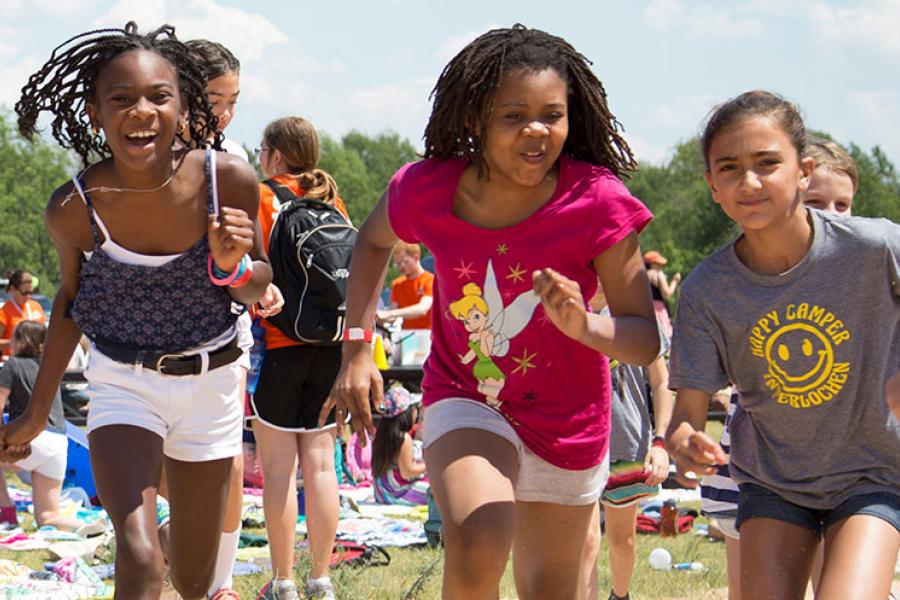 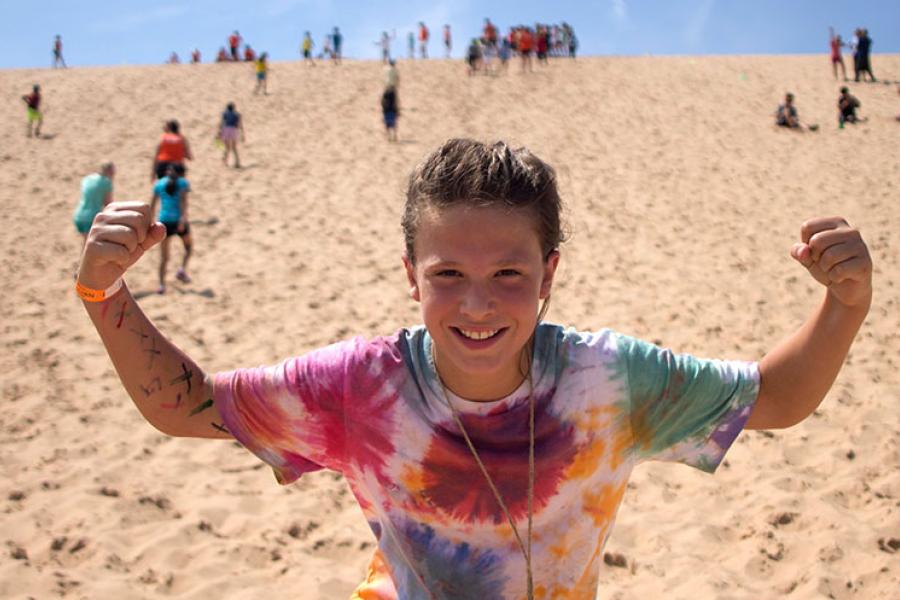 A recent student proudly displays the Xs on her arm to showcase the number of times she climbed the dunes to obtain the coveted title of ‘dune goon.’ A dune goon is someone who climbs the dunes 10 times or more.

Sleeping Bear Dunes National Lakeshore holds a special place in the hearts of generations of Interlochen alumni. Just a 40-minute drive from the Interlochen Center for the Arts campus, the lakeshore’s 35 miles of towering sand dunes, sweeping vistas, and gorgeous beaches along Michigan’s eastern coast have been part of the Interlochen experience for over 70 years.

Interlochen students first traveled to the dunes after World War II, when several former military buses were donated to campus and put to use for field trips and excursions. In the early years, students would occasionally take advantage of the famous “Dunesmobile’ rides—a local fleet of ’48 Fords, and later ’56 Oldsmobile set up to drive directly on the dunes with special balloon tires. (This practice is not permitted today.)

Over the years, Interlochen procured additional buses, enabling hundreds of students, faculty, and staff to enjoy regular visits to the dunes. For many Interlochen campers, a friendly competition to become a “dune goon” or “trailblazer” sent them running up and down the biggest dune 10 times.

After the Arts Academy opened its doors in 1962, a trip to Sleeping Bear became an annual event, and a chance for an ecology lesson.

On October 21, 1970—the same year the Arts Academy helped celebrate the first official Earth Day—Congress designated the park a National Lakeshore. The authorization put Sleeping Bear on a par with Point Reyes on the Pacific and Cape Cod on the Atlantic, representing Michigan as the “Third Coast” of America. Above, in celebration of Sleeping Bear’s 50th anniversary, we showcase a selection of archival photos highlighting Interlochen’s long history with this treasured destination.