Instructor of Bassoon shares experiences from the Met, the importance of accessibility, and his passion for the process of music. 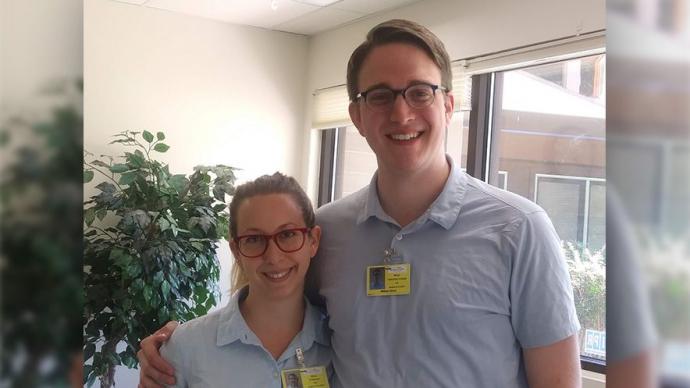 Don’t let his position as principal bassoon of the Metropolitan Opera Orchestra fool you: William Short (IAC 04, 07) is still a work in progress. And he’s okay with that.

Short has fallen in love with the process of making music: the tedious, sometimes-messy business of learning, practicing, and improving. It’s what makes him a great bassoonist, and also what’s inspired him to take faculty positions at three conservatories: The Juilliard School, Manhattan School of Music, and Temple University.

Since 2016, Short, a proud Interlochen Arts Camp alumnus, has been returning to Camp as Valade Instructor of Bassoon. We sat down with him to learn more about his love of teaching, advice for students, and passion for the process of music.

Tell us about your time at Interlochen.
I love interlochen. I was here as camper in 2004, and it was definitely a turning point in my musical life. It was the first time I was exposed to what could be accomplished by kids my own age. It lit a fire in my belly that put me on a path to where I’ve been lucky to end up now.

The reason I’m back is because I love having the opportunity to teach over a span of weeks, developing relationships with students, and getting real work done. I think it’s hard to find the opportunity to do in-depth, intensive study in a camp that’s geared towards high schoolers, but it’s what I find most satisfying as a teacher and most beneficial to the students. It’s a joy to get to come back.

You’re on the faculty of three colleges in addition to teaching here at Interlochen. Why is teaching so important to you?
I’ve known for a long time that I wanted teaching to be at least 50% of my musical activities. I find the challenge of teaching fascinating: it’s a challenge that’s equal to the challenge of performing well. When I first joined the Met, it confirmed that my favorite part of music is not performing. I know it sounds bizarre, considering that we perform about 120 times per year. I’m just fascinated by the process of music: learning, practicing, improving. Teaching brings me closest to that immersion.

What’s one piece of advice you would give to all your students?
Make more reeds! But also, the most successful students are the ones who can balance the two opposing ideas of working hard and maintaining a positive relationship with music. People who can balance the insecurity of not working hard enough with still loving what they do are the people who are most successful in music.

You have a really wonderful blog, on which you’ve grappled with some interesting topics like perfection in music and taking time away from your instrument. You also have some really great advice on dealing with failure. Could you share some of those thoughts?
One of the most destructive things that young musicians face is the perception that their idols—the musicians they look up to—are perfect, have always been perfect, and will always be perfect. If that’s the case, why would you try for a career on the same path?

When I went for my audition with the Met, one of my big goals was to come at it from a standpoint of humility. We all fail. The days when one person can win every audition are gone: There are too many players, and the process is too fair.

How one deals with failure is important. For me, focusing on the process is how I turned failures in the audition circuit into productive experiences. The day after an audition, I would write down everything that I had learned from experience, both good and bad. Treating everything as a learning experience and another opportunity to proceed along the continuum that we’re all on is essential if you’re going to enter into a life of music.

Speaking of your blog, you have a pretty extensive web presence as a contributor not only to your blog, but also to the Met Orchestra Musicians site. Why is it important for musicians to be engaged with technology?
I’m not a classical music fatalist: my eyes roll back into my head when I hear someone say “classical music is dying.” We’re changing, and we’re not sure where we’re going to end up. But we now have the opportunity for classical music to reach anyone through Spotify, iTunes, YouTube. There’s so much accessibility, so why not try and make music more accessible? Why not try to increase the amount of good information that’s out there? Being at the Met, where the orchestra is one cog in a huge machine, if we want these stories of who we are as musicians to get out, we have to tell our own stories. The absolute greatest administrators have no idea what it’s like to sit in our chairs and perform—they don’t know what’s challenging, what’s exhilarating, what we’re sweating. But those are the things that make great storytelling that draws people in.

What was a challenging period in your musical life, and how did you get through it?
My first season at the Met was the hardest thing I’ve ever done. I was having to confront the insecurities I was just talking about. The day before I won the job, I was a rather accomplished student bassoonist; the day after, I’m a leader in one of the world’s greatest orchestras.

I overcame that challenge by recognizing that I showed up to the audition, I played the best I could, and they decided to hire me. All I could do was work as hard as I could every day to live up to that trust. If I failed, then there was nothing more that I could have done, and I had to let myself off the hook. Of course, that “if” was contingent: I had to be working my tail off.

What’s one thing you wish you had known before embarking on a career in the arts?
That having achieved some measure of success, I would still feel exactly the same insecurity, in terms of the struggle that is playing music. I often tell my students that I’m not immune to the voice in your head that says, “you’re not good enough” or “you’re not doing enough.” The only difference is that I’m better at telling it to go away.

I thought that there was a “there” there. I thought I would reach a certain point and it would be easy. You have to embrace the process and stay fascinated by trying to do better day after day. I think that’s a beautiful thing. How lucky are we to get to do a thing that we care so deeply about that we still just want to do it better? I think that’s what makes me feel most fortunate about being a musician.

During the summer of 2019, Short joined wife and fellow musician Katherine Jordan for an interview at Interlochen Public Radio. You can hear their entire interview and a brief performance via Classical IPR.