Principal trombonist of the Milwaukee Symphony Orchestra shares why she loves teaching and what young musicians can do to advance their careers. 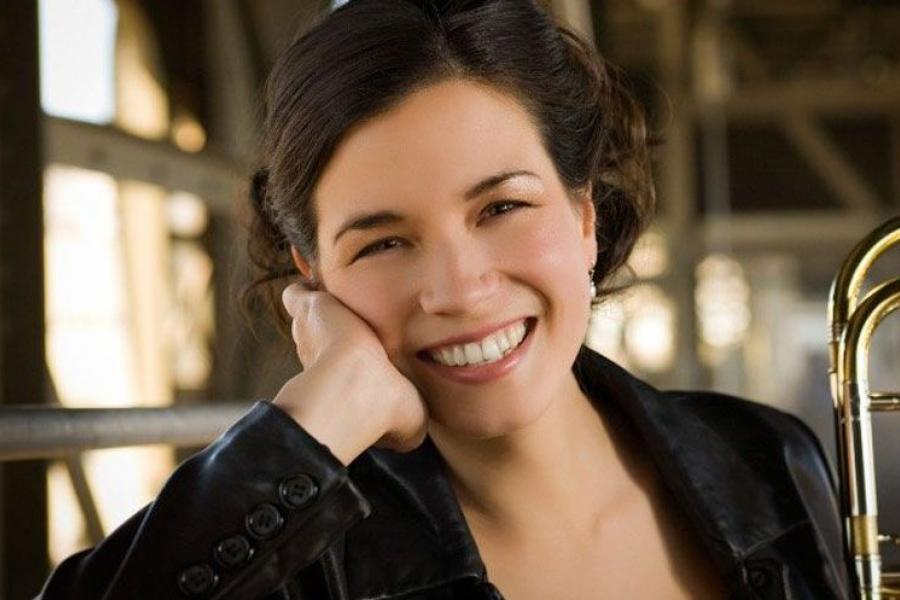 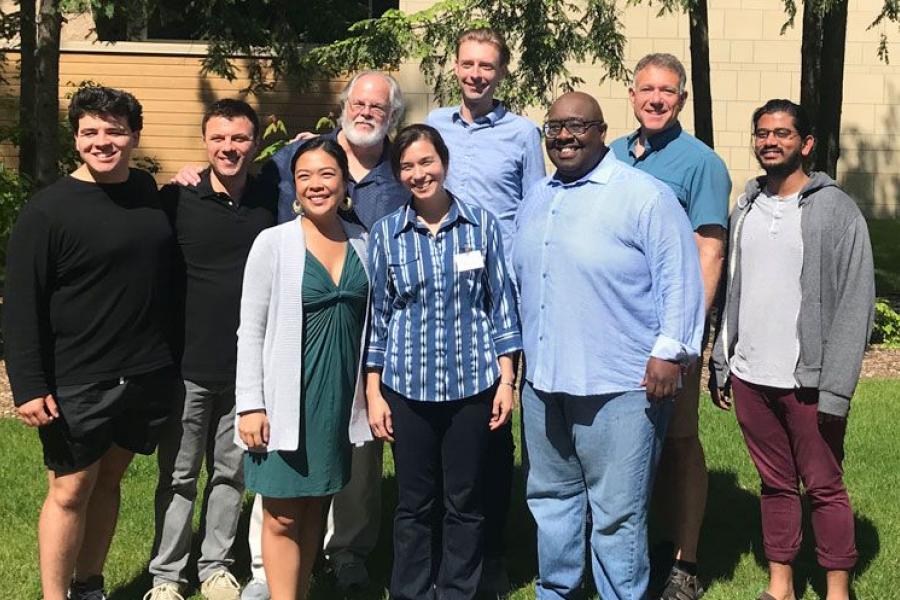 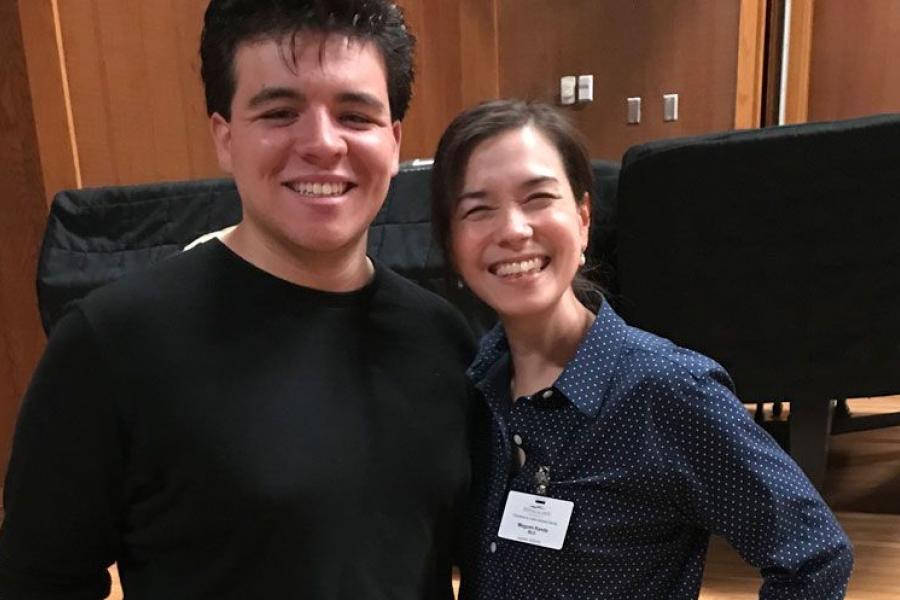 Kanda poses with a fellow faculty member after a master class in Dendrinos Chapel and Recital Hall.

Trombonist Megumi Kanda has been breaking barriers since she was a teenager.

At 15, the Japan native became the youngest player ever to be selected as one of the top-ten trombonists at the Japanese Wind and Percussion Competition. At 17, she won the grand prize in the National Competition for Solo Trombone. In 1997, she became one of the first women to hold a principal trombone position in an American orchestra, earning the top chair in the Albany Symphony Orchestra.

Today, Kanda is principal trombone in the Milwaukee Symphony Orchestra, a position she has held since 2002. She has recorded three solo albums, premiered numerous solo works, and published a comprehensive book of orchestral excerpts for trombone, “The One Hundred.”

Kanda recently visited Interlochen Arts Camp to lead sessions and teach master classes at the Interlochen Trombone, Tuba, and Euphonium Institute. During her visit, we sat down with Kanda to learn more about her musical journey, most inspiring teachers, and favorite pieces to play.

How did you start playing the trombone?
I joined the band because my best friend started playing the clarinet. I wanted to play the clarinet too, but I was too late. So my teacher said, "Go to the storage room and pick out something that's left over." And the only thing left was the trombone. So there was no choice, but actually, I fell in love with it right away. I had never seen a trombone before, and if I'd known what it was, I probably would have picked it anyway. I think it was meant to be.

What do you find rewarding about teaching, especially when you're working with young artists like the ones here at the institutes?
I had a wonderful music teacher in sixth grade. We still stay in touch. I think of the effect that she had on me and how encouraging she was, and how her support really carried me through. To be able to pay that forward is really amazing. If there is a student that really needs help, I hope I can be that influence that they remember and pay forward.

What's one piece of advice you give to your students?
Music exists to help other people, so use it to help people. Serve people with your music.

What are some things that high school musicians can be doing right now to prepare them for their future careers?
There's so much great music out there, but sometimes we become too focused on our own instrument. We should be listening to everything. If you're a trombone player, you shouldn’t just be listening to symphonies; you should also be listening to operas and piano music. Don't shy away from any music. Listen to many, many different kinds of music and then build up from there. It will really enrich your own music.

What are some of your favorite pieces to play?
Oh gosh, I have too many pieces that I love! Every time I play a piece, I say, “Oh, this is my favorite!” I think that's a good attitude though. When you’re in an orchestra, you have love everything you play, and you have to find a way to like even the pieces you don't love. If you don't like it, you can't sell it to your audience or get other people be onboard with it. If I have to choose my favorites, I love Mahler symphonies. I think Brahms is amazing. And I actually love Stravinsky. It’s really hard to narrow it down, but those three are kind of my favorites.

Trombonists count a lot of rests in some pieces. Maybe you don’t like those as well?
You know, I actually I love counting rests! So much of that is our job, right? I love listening. I get to get paid to listen to a beautiful orchestra. It actually makes my job really enjoyable.

You’re one of the only women in the United States who holds a principal trombone position in an orchestra. What’s your advice to other young women who are studying the trombone, tuba, or other instruments that have historically been played by men?
Just be yourself. Treat everybody with respect, and they will treat you with respect. Be the best version of yourself that you can be, and people will appreciate you for that.