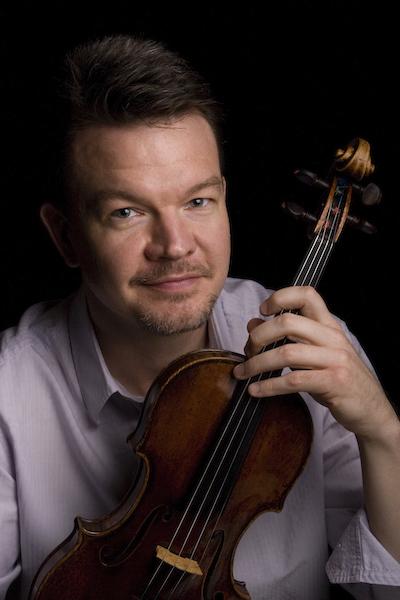 Mr. Lees was featured in numerous solo appearances performing repertoire ranging from Bach to Korngold. In his 1999 Carnegie Hall debut with the CSO, he was hailed as having performed with "spectacular virtuosity" by Strings Magazine.

He has made recital and chamber appearances in venues across the globe including the U.S., Europe and Asia and can be heard on dozens of recordings with the Cincinnati Symphony Orchestra on the Telarc and Fanfare Cincinnati labels from 1998-2018.

Mr. Lees has presented numerous masterclasses and workshops at universities and conservatories throughout the US as well as in the countries of France, China, Taiwan and South Korea.

A native of Philadelphia, Mr. Lees received his B.M. with the coveted Performer's Certificate from the Eastman School of Music in 1992 where he studied with Charles Castleman. Mr. Lees performs on a J. B. Vuillaume violin c. 1845

I am passionate about fostering flexibility in all aspects of my students' playing. Physical, musical, mental and personal flexibility is essential to any musician's ability to effectively communicate on stage with the utmost freedom.