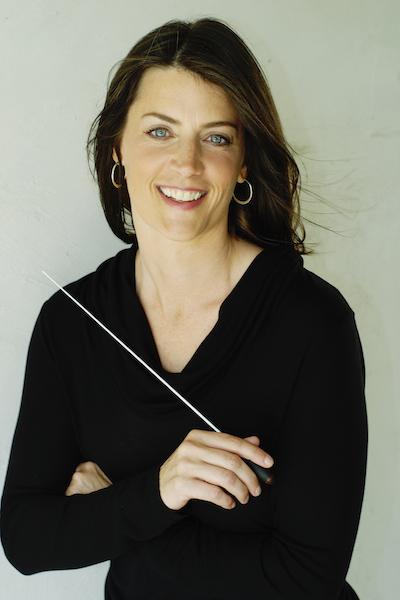 Sharon Lavery’s extensive career has led her to conduct in distinguished concert halls across the United States, including Carnegie Hall on several occasions. Currently, she serves as resident conductor of the University of Southern California Thornton Symphony, Chamber Orchestra, and Wind Ensemble. She has led the Thornton ensembles in concert on countless occasions, and served as music director of the Thornton Concert Orchestra for seven years. In addition to these duties at USC, Lavery teaches instrumental conducting.

Outside of USC, Lavery enjoys a successful professional career. Since 2007 she has been music director of the Downey Symphony Orchestra, an ensemble hailed as one of the best metropolitan orchestras in Southern California. Lavery has appeared as guest conductor with the Vermont Symphony, Hollywood Chamber Orchestra, San Bernardino Symphony, La Jolla Symphony, La Brea Sinfonia of Los Angeles, and the Virginia Waring International Piano Competition Orchestra in Palm Springs, CA. For many years she held the post of cover conductor for the Pacific Symphony Orchestra, and has served as cover conductor for the San Diego Symphony. She has been the assistant conductor of the Pasadena Symphony, the associate conductor of the Herbert Zipper Orchestra of Los Angeles, and has also served as music director of the MUSE International Music Day Festival in Chiba, Japan. In addition, she has made CD recordings with Delos Records, Inc. and at Warner Bros studio in Burbank, CA.

Lavery is also known as an advocate for music education. She has conducted the International Honors Performance Series Orchestra and Band, the Missouri All-State Orchestra, the California All-State High School Concert Band, and the Texas 4A All-State Band. Lavery has also served as a guest conductor for several district honor bands throughout California.

Hailing from Ossining, New York, Lavery received her bachelor of music education degree from Michigan State University and master of music in clarinet performance from the New England Conservatory of Music. She also earned a master of music in orchestral conducting from USC Thornton, receiving the Leonard Bernstein Memorial Scholarship for two consecutive years.