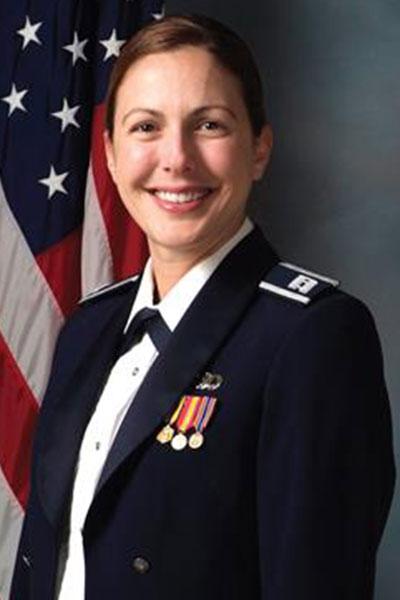 Dr. Shanti Simon is the Director of Bands at the University of Oklahoma, where she conducts the Wind Symphony and leads the graduate wind conducting program.

Before joining the Air Force, Simon earned her M.M. and D.M.A. degrees in conducting from the University of Minnesota, where she studied with Craig Kirchhoff. She received her B.M.E. and B.M. degrees from Stetson University with Bobby Adams. Hailing from Florida, Simon served as the Associate Director of Bands at Vero Beach High School for four years, where her ensembles consistently earned top ratings in all areas of district and state assessment. Simon is active nationally and internationally as a guest conductor and clinician.