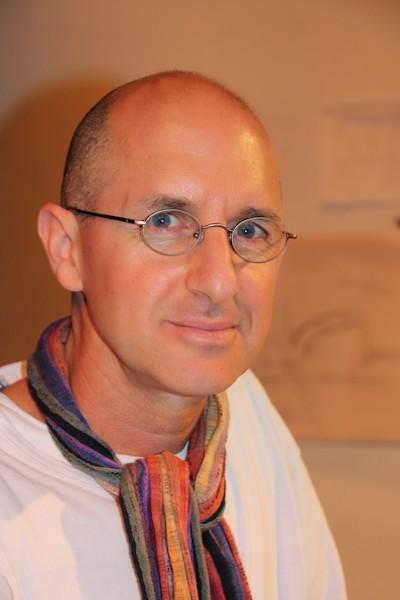 Oren Safdie attended the Graduate School of Architecture at Columbia University before turning his attention to playwriting. After receiving his MFA – also from Columbia – he was awarded a Woolrich Fellowship, which he used to launch The West End Gate Theatre on New York’s Upper Westside.

He was a playwright-in-residence at La MaMa, and artistic director the Malibu Stage Co. where his off-Broadway/London hit PRIVATE JOKES, PUBLIC PLACES first debuted. The Wall Street Journal mentioned it as one of the top six new plays of the decade.) His next play, THE LAST WORD, also moved off-Broadway, starring two-time Emmy Award Winner Daniel J. Tranvanti (“Hill Street Blues”).

Other productions include the recent Montreal and Off-Broadway hit UNSEAMLY, FALSE SOLUTION, MR. GOLDBERG GOES TO TEL AVIV, THINGS TO DO IN MUNICH, GRATITUDE, CHECKS & BALANCES, THE BILBAO EFFECT, musicals WEST BANK, UK, JEWS & JESUS and FIDDLE SUB-TERRAIN, and LA COMPAGNIE, which he developed into a ½-hour pilot of Castle Rock/CBS. (Five of these productions were New York Times Critic’s Pick.)

As a screenwriter, Safdie scripted the film YOU CAN THANK ME LATER starring Ellen Burstyn, which won the Grand Jury Prize at the Newport Film Festival; and the Israeli film BITTERSWEET, which was nominated for a Wolgin Award for Best Israeli Feature.

Safdie has contributed essays to METROPOLIS, DWELL, THE FORWARD, JERUSALEM POST, TIMES OF ISRAEL, THE NATIONAL POST and THE NEW REPUBLIC. Playwrights Canada Press, Dramatists Play Service, Broadway Play Publishing and Original Works Publishing have published his plays, and he is the recipient of numerous grants from the Canada Council for the Arts, CALQ, The John Golden Foundation and The Graham Foundation.

Safdie has taught at the University of Miami, Douglas College in Vancouver and California School of the Arts - SG Valley. He is also Head of New Play Development at Infinithéâtre in Montreal.

Discovering what drives you to write is equally important. It not only enables you to tap into a unique world different from everyone else’s, but also gives you a drive to say something important through your characters and words. That is why “being in the moment” is so important to writing plays. Inspiration can magically strike, but more likely we must trick the mind from overthinking the process and allow our characters to be free without censoring them (or ourselves). In short, the hardest thing for a playwright to do is get out of their own way and let their characters speak from themselves.