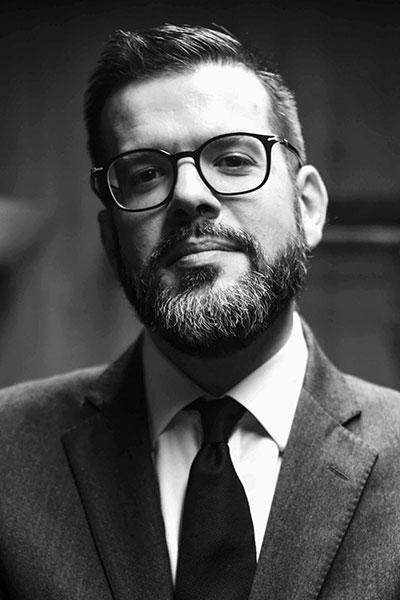 The University of the Arts
Bachelor of Music (with honors), Trumpet
The Juilliard School
Master of Music, Jazz Trumpet

Josh Lawrence is a critically acclaimed trumpeter, composer, bandleader, and recording artist who serves as Director of Jazz Studies at Interlochen Center for the Arts.

Lawrence holds a bachelor's degree from the University of the Arts in Philadelphia, a master's degree from The Juilliard School in New York, and studied with legendary pianist Barry Harris. In 2021, Lawrence was named Director of Jazz Studies at Interlochen Center for the Arts where he now leads the Arts Academy and Summer Camp programs and conducts the Interlochen Jazz Orchestra.

My role as an educator is to propagate the history, culture, and aesthetics of Jazz while inspiring students to approach their artistic practice with curiosity, creativity, and optimism. Students of Jazz should understand how the music reflects the history of the African diaspora in America from the transatlantic slave trade through the civil rights movement to our current moment. In light of this history, the culture of Jazz is one of diversity and inclusivity. This is due in part to the importance of empathy and improvisation in balancing personal expression and collective creativity in the music.

B.M., Trumpet - The University of the Arts