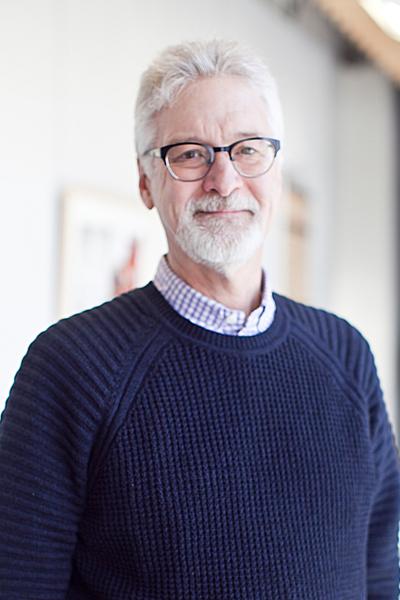 Chair of Voice; Instructor of Voice

From his earliest musical memory, that of sitting with his church organist grandmother as she played the morning service, Jeffery Norris found himself immersed in music. At the age of 19, Jeffery began a professional career singing on two national tours with Fred Warings' Pennsylvanians. After this first venture into the performance and touring world, Norris turned his attention to classical music studies, first earning his undergraduate degree in music education from Michigan State University, then focusing his studies on vocal performance and obtaining his Master's Degree from the Eastman School of Music in Performance and Literature.

While still a student at Eastman, Norris made his orchestral performance debut singing Bach's Mass in B Minor upon the invitation of Bach specialist Alfred Mann. Since that beginning, Norris has also performed the bass and baritone solo offerings in Beethoven's Ninth Symphony, Handel's Messiah, the Requiems of Verdi, Mozart, Faure, Duruflé, and Brahms, and several Broadway revues as well.

Noted as a gifted singing actor, Norris has comprehensive stage experience ranging from operas such as Le Nozze di Figaro, Don Giovanni, La Boheme, Tosca, Amahl and the Night Visitors, The Telephone, La Traviata, and Kurt Weil's Three Penny Opera, along with many other productions.

During his master's program at the Eastman School of Music, Norris was a student of John Maloy. He was a three-time fellowship recipient of the Aspen Music Festival opera program, where he studied with Beverly Johnson, and a vocal fellowship recipient of the Music Academy of the West, where he studied with Martial Singher. A firm believer in continuing his education even after coming to Interlochen, his continued studies have been with William McIver and Margaret Hoswell.

Norris' students have proceeded to enjoy professional vocal performance careers in diverse genres, from opera to musical theater. They have appeared in many European opera houses and U.S.-based companies, including the New York Metropolitan Opera, New York City Opera, and Chicago Lyric Opera, amongst many other companies.

Norris edited a version of Italian Songs and Arias (with alternate keys) in 2004 and is just completing a new book, The Practical Singer, a publication that offers an in-depth study of vocal techniques and a variety of illustrative stories.

Along with his wife, harpist Sylvia Norris, Norris has given many concerts and recitals of songs from Bach to Broadway. They have often produced gala concert evenings with other singers highlighting operatic, art song, holiday, or Broadway themes. Together, they have been featured performers on the Regent Seven Seas Ship Voyager.

Jeff and Sylvia are the proud parents of three children and five grandchildren and they make their permanent home in Traverse City, Michigan.