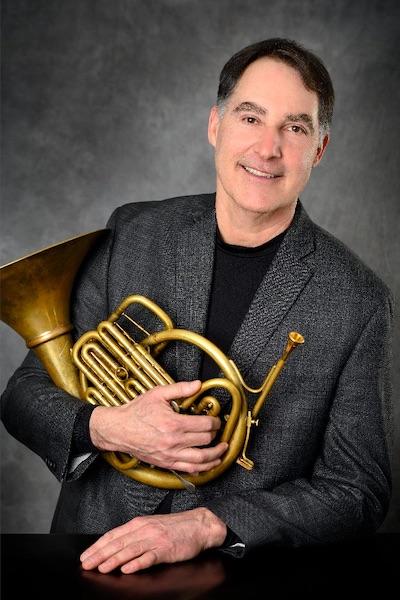 Corbin Wagner received his bachelor's degree in 1979 from the University of Michigan. Upon graduation, he became a member of the Detroit Symphony Orchestra and later received his master's degree from U of M in 1989. Prior to his appointment at Michigan State University, he served as adjunct horn professor at Oakland University, the University of Michigan, and Wayne State University. He served the Detroit Symphony Orchestra for almost 35 years and is currently in his seventh year at MSU. He joined the Interlochen Arts Academy in 2014. Wagner has received many prestigious performing honors, including a third prize at the 1983 Munich International Horn Competition. He also took first prize at the Heldenleben International Horn Competition in hand horn, valve horn, and horn quartet, now called the International Horn Competition of America. He has just released his second CD featuring new works for horn, soprano, and piano. The first CD features many new compositions for this genre. Corbin Wagner is also the horn instructor at the Interlochen Summer Institute, teaching talented college-prep students in the north country of Michigan. He enjoys his beautiful wife and children and finds time for walking and biking.

The horn student at Interlochen will explore the fundamentals to prepare for future success with a focus on the beautiful horn sound.