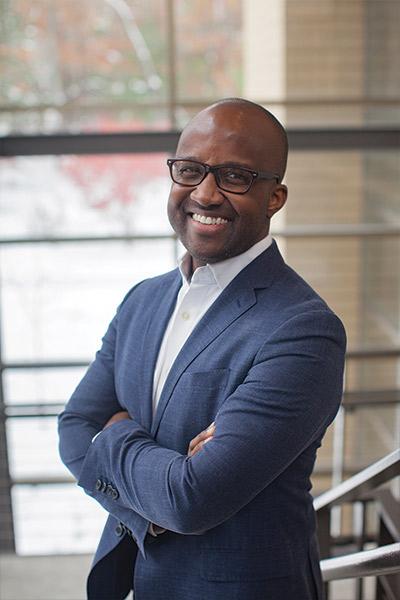 Carlton Ford (IAA 01-05) partners with current and prospective donors to optimize their philanthropic giving and make a significant impact on Interlochen now and into the future. Gift conversations include unrestricted annual giving, named annual scholarships, endowed giving such as scholarships, support of special Interlochen initiatives, and planned giving.

Ford returned to Interlochen in 2019 after serving as Major Gift Officer and Director of Membership and Advancement Services at the Adrienne Arsht Center for the Performing Arts in Miami, Florida. He has more than 13 years experience in not-for-profit and civic leadership, organizational behavior, and developing inclusive arts practices nationwide.

While he develops relationships with donors across the country, his primary geographic territories include Southern California, Arizona, Texas, Florida, and throughout the Mid-Atlantic.

40 Under 40 Black Leaders of Today and Tomorrow, Legacy Magazine/Miami Herald