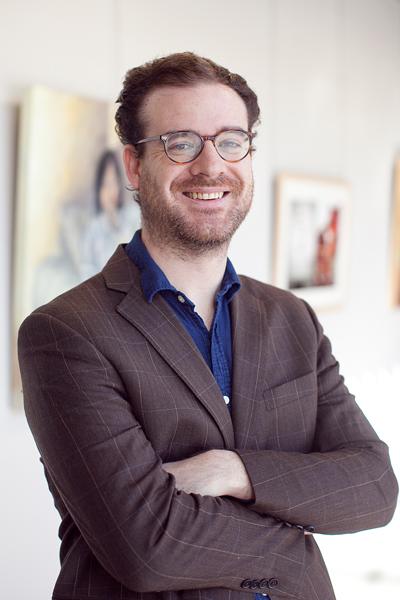 Bryan Conger currently serves as Instructor of Clarinet at the Interlochen Arts Academy. His former students have appeared on NPR’s From the Top, performed with the NYO and NYO2 orchestras, and gone on to attend elite university and conservatory programs. In addition to the clarinet, Conger teaches music theory and has taught elective courses in Modernism and James Joyce.

Prior to coming to Interlochen, Conger was a C.V. Starr doctoral fellow at The Juilliard School, where he also taught keyboard harmony and counterpoint. His doctoral dissertation, The Musical Joyce: Art Music in James Joyce’s Life and Ulysses, was advised by Philip Lasser and awarded the Richard F. French Prize for outstanding doctoral work. Upon graduation, he also received a Benzaquen Career Advancement Grant for “artistic merit, leadership, breadth of engagement, and innovation.”

As a soloist, Conger has appeared with the Banff Summer Arts Festival Orchestra and the New Juilliard Ensemble, with whom he performed the American premiere of Helen Grimes’s concerto for clarinet as well as Donald Crocket’s Dance Concerto for clarinet and bass clarinet. His solo playing has been described by the New York Times as “possessing commanding technique, myriad colorings, and flair.”

A proponent of contemporary music, Conger is a founding member of the Texas New Music Ensemble, with whom he has premiered numerous works for the clarinet by Texas composers. He has also performed in new-music series throughout New York City, including the Museum of Modern Art’s Summergarden, the Guggenheim’s Works in Process, and The Juilliard School’s Focus Festival. At the same time, Conger is also one of the leading historical clarinetists in the country. He currently performs as principal clarinetist with the Portland Baroque Orchestra and the Philharmonia Baroque Orchestra and has appeared on WQXR in New York City and BBC Radio 3 in London.