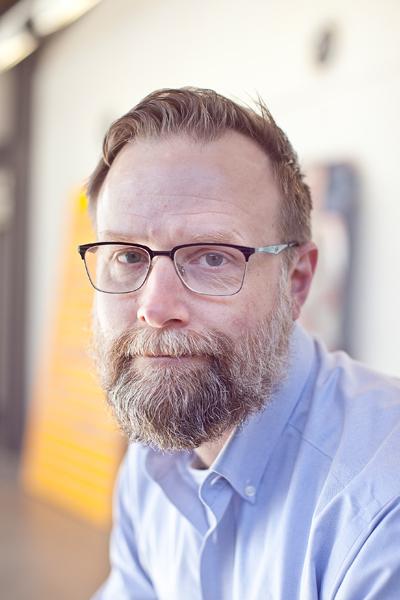 School of the Arts, Columbia University

Andrew Hiss is an independent screenwriter and filmmaker. Before coming to Interlochen, Hiss taught film directing, screenwriting, and film analysis at Cornell University, where he was nominated for the Stephen and Margery Russell Distinguished Teaching Award and named a Merrill Presidential Scholar Most Influential Teacher. Hiss has written feature-length screenplays and directed short films. His film work has screened in festivals across the U.S and Canada, has been awarded funding through Columbia University and through a fellowship from the Alfred P. Sloan Foundation. His script, "The Sun King of Eastbrook, Maine" was a winner at the Columbia University Film Festival and named a quarterfinalist for the Nicholl Fellowship. Before turning to filmmaking, Hiss worked as a guitar builder in Maine and Hawaii.

I try to inspire my students with courage, to raise them to the task at hand and to view themselves as artists with important work to do–their work.