Byron Hanson, the first director of both Academy and Camp Music programs, passed away at age 79. 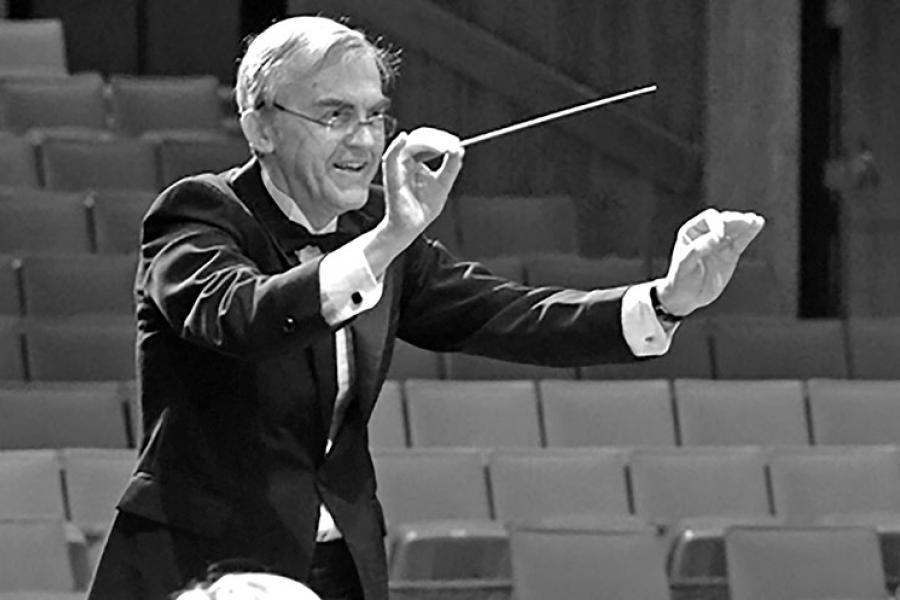 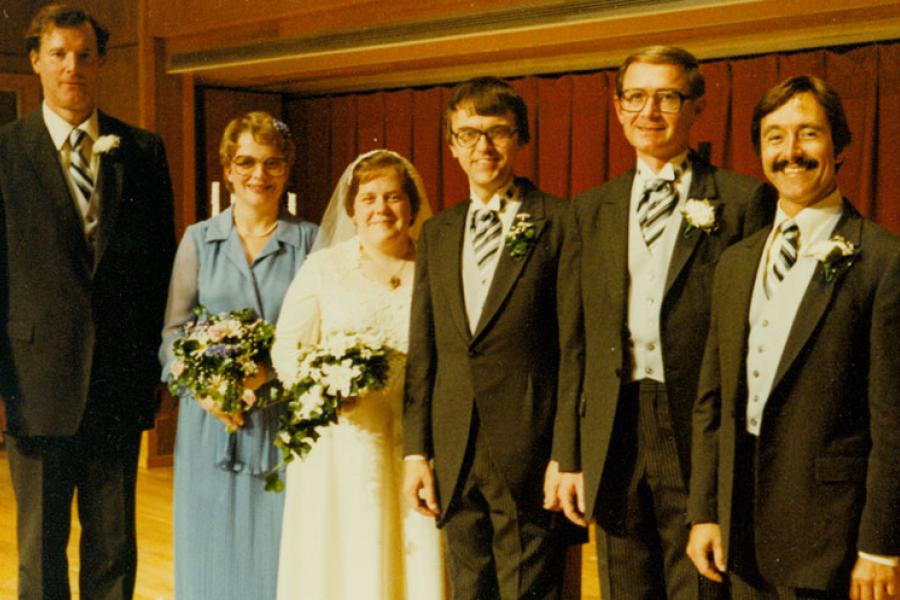 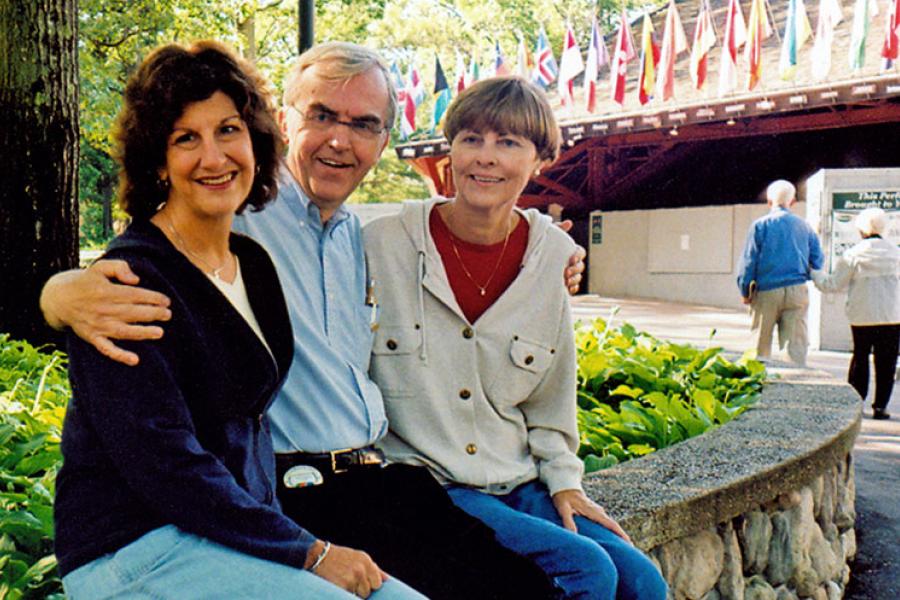 A service celebrating Byron’s life is planned for Monday, July 26, at 3 p.m. Services will be held outdoors at Reynolds-Jonkhoff Funeral Home & Cremation Services.

In lieu of flowers, Byron can be remembered through memorial contributions to Central United Methodist Church’s music fund, the Ann and Byron Hanson Camp Scholarship, or the Byron Hanson Guest Teacher Endowment Fund at Interlochen Center for the Arts.

Please feel free to share your thoughts and memories with Byron's family at his tribute page at Reynolds Jonkhoff.

The Interlochen community lost a legend in Byron Hanson, who passed away on March 19, 2021 in Traverse City. Beloved by countless Interlochen students, faculty, staff, and alumni for his musical leadership, gentle kindness, and profound dedication to nurturing young artists, Byron was a fixture and guiding light in our Interlochen family for over 60 years. Among his many important roles at Interlochen Center for the Arts, including as the first-ever director of music for both Arts Camp and Arts Academy and the institution's first archivist, Byron was a direct link to Interlochen founder Dr. Joseph Maddy, who served as his mentor, colleague, and friend through Byron's Interlochen education and early career.

Byron Winslade Hanson was born on February 27, 1942, in Edina, Minnesota. He became aware of Interlochen in 1958 as a teenager, when his high school band teacher received a request from Dr. George C. Wilson, director of the National Music Camp (the precursor to Interlochen Arts Camp) for a euphonium player to join the National High School Band for the Camp's 31st season. Byron was thrilled to take advantage of the opportunity, in which Interlochen covered half the $600 fee for tuition, room, and board.

Of his first experience at Interlochen, Byron liked to say that he "felt at home right away." It was that first summer in 1958 when he got to know Dr. Maddy, who always made himself available to campers. Interlochen remained Byron's home even as he went on to study trombone and euphonium performance at the Eastman School of Music, where he earned his bachelor's and master's degrees as well as a performer's certificate in euphonium. Throughout the six years of his Eastman education, Byron returned every summer to Interlochen, where Dr. Maddy hired him to serve as an accompanist to operettas and choirs.

After Byron completed his master's degree in 1965, he began the daunting task of starting a career in music. Impressed by his talent and dedication, Dr. Maddy again hired him, this time to help manage a program known as the Honors Musicianship Project, which Dr. Maddy had created through a grant from the Department of Health, Education, and Welfare. The grant provided full scholarships to about 30 students to attend Interlochen Arts Academy, with a goal of demonstrating the value of the pioneering music instruction techniques that Dr. Maddy and Interlochen co-founder Thaddeus Giddings had created in the early 1920s.

Byron's commitment to Interlochen deepened when he fell in love with Ann Herkelmann, who had served as the Camp's director of intermediate girls for 10 years. The couple married in Dendrinos Chapel in 1982. Ann became dean of students and later Interlochen's vice president for human resources. Byron and Ann's daughters, Meredith and Lindsay, each attended Camp for many summers, graduated from the Arts Academy, and later worked at Interlochen.

In 1993, Byron was named director of music for both Camp and Academy, the first time that the directorship of both programs was unified under one individual. Following eight years in this defining role, Byron again served as conductor of the Arts Academy Band and as a piano accompanist. In 2009, after a distinguished career as an educator, Byron fittingly assumed the role of Interlochen's first-ever archivist and historian, a position he cherished until his retirement in 2015.

Even after he retired from Interlochen, Byron's musical leadership continued to enhance the Grand Traverse community. He served as organizer and director of the annual Messiah Sing at Central Methodist Church for most of the event's 42-year run. Byron also took over as the accompanist for the Rotary singers when the group's pianist quit, and joined the NMC Grand Traverse Chorale—an ensemble he formerly conducted—as a singer.

His legacy also endures as a donor who supported the Interlochen Annual Fund and Interlochen Public Radio for more than five decades. In recognition of the impact that Byron and his wife, Ann, had on thousands of Interlochen students, a number of donors contributed generously to establish the Ann and Byron Hanson Endowed Camp Scholarship and the Byron Hanson Guest Teacher Endowment Fund. These two endowed funds ensure that Byron's work and vision will continue in perpetuity.

Byron is survived by his daughters, Meredith Hanson of Lake Placid, NY, and Lindsay Hanson of Pennington, NJ; his sister, Eileen Combs, and niece, Dana Fox, of Knoxville, TN; a sister-in-law, Kathie Herkelmann of Traverse City; and many dear friends. Byron was preceded in death by his parents and his wife, Ann.