An accomplished educator, arts leader, and musician whose career in the arts spans continents and cultures, Márquez will bring a unique global perspective to his role leading music programming, pedagogy, and curricula at Interlochen. 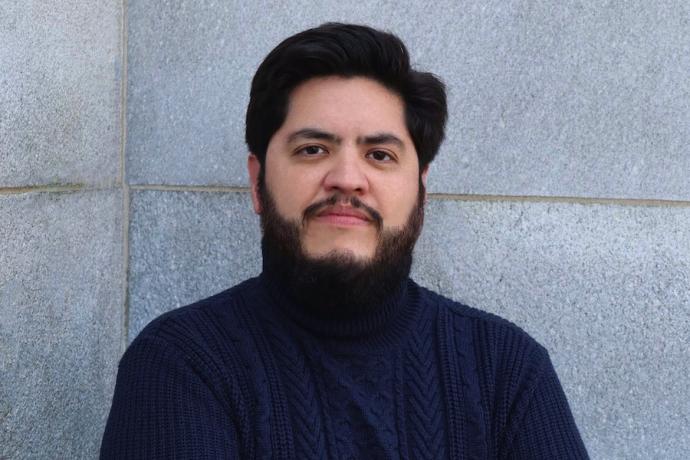 “An accomplished educator, arts leader, musician, and Interlochen alumnus whose career in the arts spans continents and cultures, Enrique brings a unique global perspective to this position,” said Interlochen Center for the Arts President Trey Devey. “We’re thrilled that he will return to Interlochen to energize and guide our music programs into the future.”

“With his proven ability to forge cross-cultural partnerships and collaborations, Enrique will expand Interlochen’s participation in the national and international music and music education communities,” said Interlochen Provost Camille Colatosti. “Our students will find inspiration in his passion for music and for Interlochen.”

“As an alumnus of both Interlochen Arts Camp and Interlochen Arts Academy, it is greatly meaningful to return to an institution that transformed my life and launched my career,” Márquez said. “I am eager to create impactful pathways and experiences for Interlochen students that will help them become our next generation of creative changemakers.”

Márquez joins Interlochen from the Harvard Department of Music, where he oversaw Music Department concerts and events and served as the administrator of the Fromm Music Foundation, which has commissioned over 400 new compositions and their performances. Márquez collaborated actively with music institutions including Tanglewood, the American Composers Orchestra, the American Academy in Rome, and Sony Classical.

Márquez serves as a member of the Advisory Council of the Global Leaders Program, which empowers arts executives through a graduate certificate in partnership with top universities and think tanks. He was also recently selected as a fellow of the Sphinx LEAD Program, an exclusive cohort of leaders of color in the arts.

Previously Márquez served as a lecturer in the Arts Administration and Cultural Entrepreneurship Program at Northeastern University. From 2016-18, Márquez served as the director of the Veracruz Cultural Institute in Mexico, where his accomplishments include launching a state-wide youth orchestra in collaboration with El Sistema Venezuela, and the development of a performing arts showcase in partnership with the British Council. Previously, as founding executive and artistic director of the Boca del Rio Philharmonic Orchestra, he oversaw the launch of Orquestando Armonia, an after-school orchestra and choir program for 500 low-income children.

A seasoned violist, Márquez has performed in over 25 countries in the Americas, Asia, and Europe, including performances with Kurt Masur, Lorin Maazel, Gustavo Dudamel, and Valery Gergiev. Highlights of his performing career include serving as principal violist of the Orchestra of the Americas and the Jeunesses Musicales World Orchestra. He also performed extensively as a musician in New York City, where he made his Carnegie Hall debut in 2005.

Márquez joins Interlochen at a time of growing momentum in the Music Department. In the Arts Academy curriculum, works by Black, Indigenous, and People of Color (BIPOC) composers are increasingly studied and presented by students. This July, for the third consecutive summer, musicians from the Detroit Symphony Orchestra will mentor Interlochen Arts Camp students. In 2019, the renowned conductor Cristian Măcelaru became the inaugural Artistic Director and Principal Conductor of the World Youth Symphony Orchestra, following the opening of our $24 million state-of-the-art Music Center. The new facility seamlessly integrates top-notch acoustical engineering with expansive rehearsal halls; spacious teaching, recording, and practice studios; and lounge areas to encourage and foster collaboration.

Márquez was selected for this role following an international search led by Provost Camille Colatosti in partnership with Arts Consulting Group, and a committee composed of Interlochen President Trey Devey; Trustee Thomas Morris, former CEO of both The Cleveland Orchestra and the Boston Symphony Orchestra; and representatives from the institution’s faculty and administrative leadership.