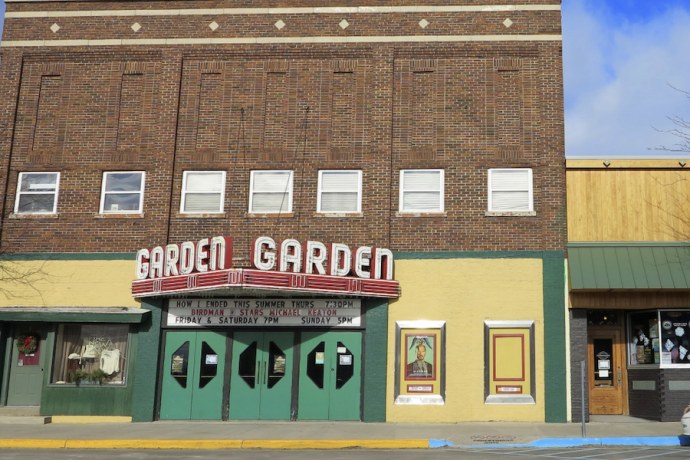 Interlochen Arts Academy students will present a Contemporary Music Showcase at the Garden Theater in Frankfort, Michigan, on Friday, Nov. 26, at 7:30 p.m. The event will mark the first time that Interlochen students perform at the historic venue, a 312-seat theatre built in 1923 that reopened this fall after several months of restorations. Tickets can be purchased on the Garden Theater website.

Interlochen Chair of Contemporary Music Courtney Kaiser-Sandler arranged the performance with the Garden Theater’s executive director, Katie Jones, who recently relocated to northern Michigan from Nashville. “I’ve known Katie a long time and was thrilled to hear of her interest in collaborating with Interlochen. We decided to start out with contemporary music and then hope to expand to include other arts areas such as film and new media,” Kaiser-Sandler said.

Interlochen singer-songwriter students will also perform at the Garden Theater’s inaugural “Holiday Gala at the Garden” on Dec. 17 at 7:30 p.m. Emily West, a Nashville-based singer/songwriter known for her duets with Keith Urban and Cyndi Lauper and memorable performances on America’s Got Talent, will headline the event.

Owned and operated by The Friends of the Garden Theater non-profit, the Garden Theater also shows first-run, independent, and foreign films, and is home to the annual Frankfort Film Festival, Frankfort48 Film Contest, and Dark & Stormcloudy Film Series.