In a Q&A, the 22-year-old former principal cellist of Interlochen’s World Youth Symphony Orchestra chats about his international career. 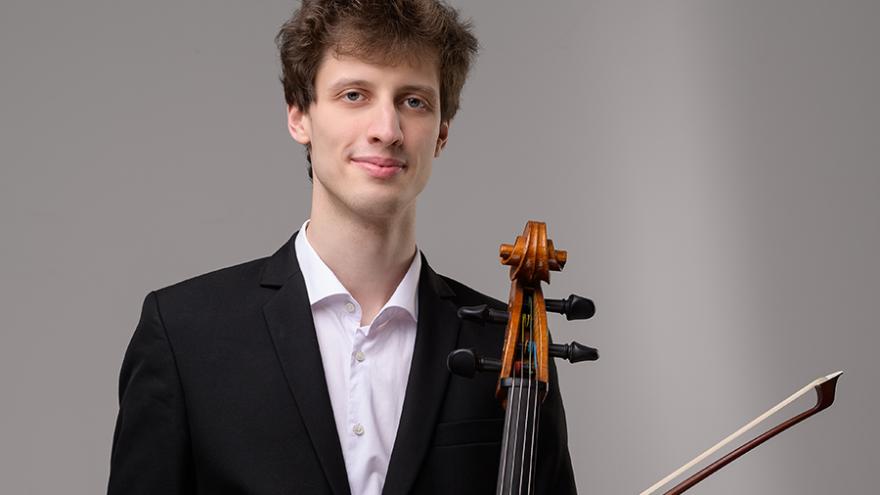 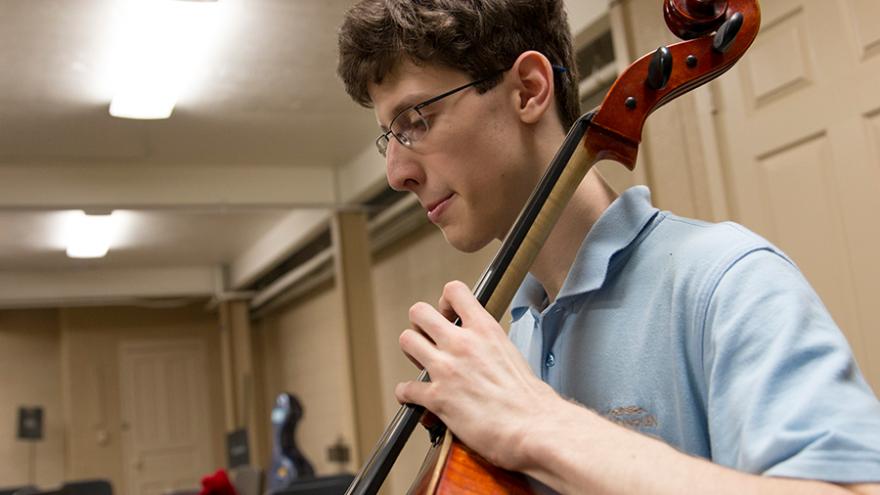 Bence Temesvári rehearses with his string quartet in the summer of 2017. 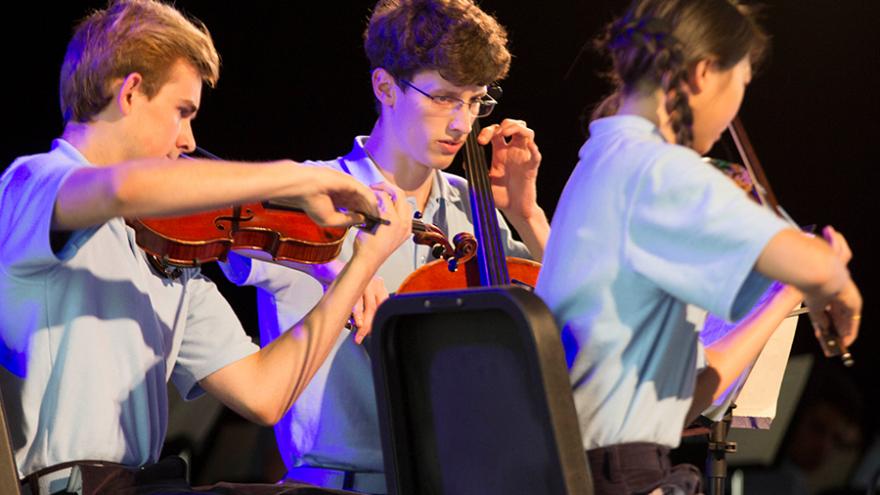 Bence Temesvári (center) and his string quartet perform at "Collage" in the summer of 2016. 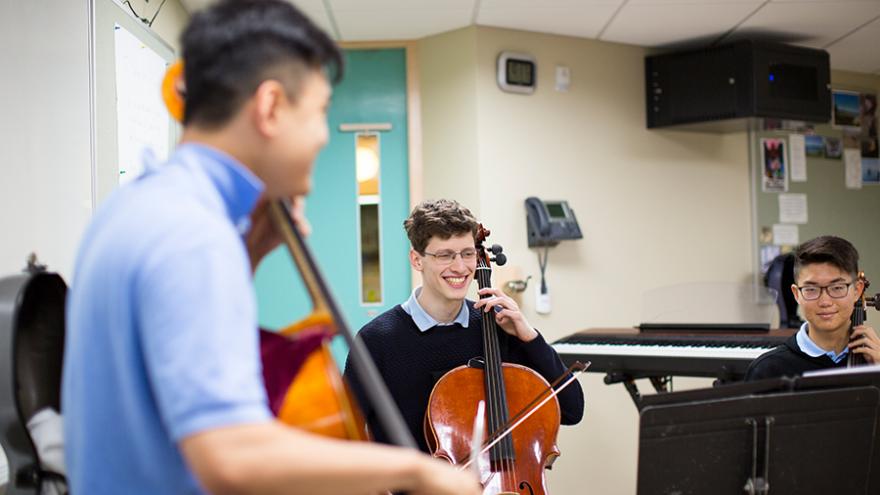 Bence Temesvári (center) smiles during a World Youth Symphony Orchestra cello sectional during the summer of 2017.

The 22-year-old Hungarian cellist has already earned top prizes in several prestigious international competitions, including the David Popper Competition (Hungary), the Mahler Competition (Czech Republic), and the Danubia Talents International Competition (Austria). He has also earned scholarships to study at the International Music Forum (Slovenia), the European Union Youth Orchestra, and the Pacific Music Festival (Japan). In 2021, Temesvári was selected as a member of the second cohort of the Orchestra Academy of the Vienna Philharmonic, a two-year orchestral training program that includes performance opportunities, private lessons, visits to museums and cultural events, and more.

Temesvári discovered Interlochen after hearing about it from his mom, who in 1985 was the Camp’s first student from Hungary. In 2017, Temesvári was the first chair cellist of the World Youth Symphony Orchestra, Interlochen Arts Camp’s flagship orchestra. “We played a lot of great music in a short amount of time,” he recalls. “The auditions every two weeks made me think about the future. The experience helped me imagine how it would feel to be principal in a professional orchestra.”

Here, Temesvári reflects on his new position, his advice for studying abroad, and some of his favorite Interlochen memories.

Tell us about the audition process for the Vienna Symphony.
This was my first audition for a professional position. Last year, I was accepted to the Academy of the Vienna Philharmonic Orchestra, which had a similar audition procedure.

For the audition for the Vienna Symphony, there were two full cello concertos and about 12 difficult solo cello parts to learn—a lot to practice. In October, I had to send a video, and I was selected to perform in the live rounds. In December, 14 cellists attended the live audition. We played in three rounds; in the last round, there were only two of us, and I won.

What do you think will be some of the challenges of leading the section as a young musician? What opportunities are you particularly excited about?
It’s a great honor to be a member and principal in this wonderful orchestra. It will be strange to be a leader at the age of 22, but I’m sure my colleagues will help me. I’m excited to learn not only from the other principals, but also from the tutti players. I’m really looking forward to the orchestral concerts: I’m excited to play with famous conductors and soloists. I also hope to have many opportunities to play chamber music with other members of the orchestra.

I’m also studying at the University of Music and Performing Arts in Vienna and at the Academy of the Vienna Philharmonic, so it will be challenging to manage all my programs and professional commitments.

What advice would you give to other musicians who are interested in studying outside of their home country?
If you want to study abroad, you need good language skills and determination, but it’s a fun adventure. You can never be fully prepared for the habits of people in a foreign country, but being friendly and being open-hearted will always help. I always find that communication through and about music is no problem.

What are some of your favorite memories of Interlochen?
It was great to make friends with young Americans who had the same interests as me. I liked the chamber music and private lessons and the many recreational activities. And I will never forget the final concert, during which I had the opportunity to conduct the Interlochen Theme.