“A Detroit Performs Special Event: Interlochen Arts Academy presents The Nutcracker” will air on Detroit Public TV at 9 p.m. ET Dec. 20 and made available on demand at dptv.org and via the PBS Video app. 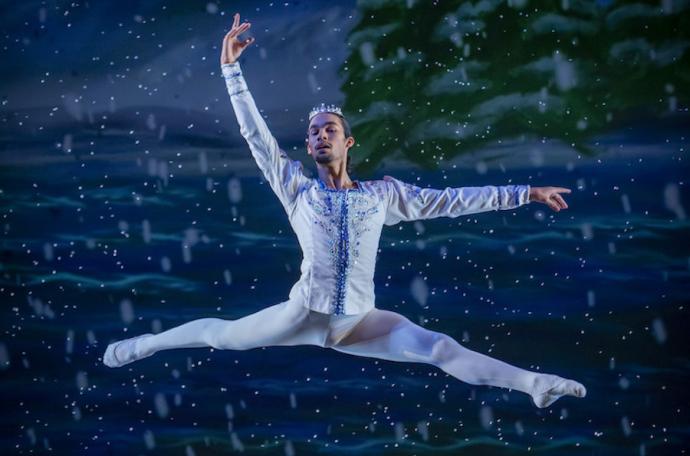 A global holiday tradition for more than 100 years, The Nutcracker follows Clara and the enchanted Nutcracker prince as they journey through the Land of Sweets, accompanied by Pyotr Ilyich Tchaikovsky’s iconic score. Interlochen Arts Academy is the nation’s premier boarding arts high school, where students pursue pre-professional training in music, dance, theatre, visual arts, creative writing, and film alongside a robust academic curriculum, preparing them to excel in the arts and beyond.

“We’re honored to continue our partnership with Detroit Public TV and bring this magical holiday tradition to audiences far and wide,” said Interlochen Center for the Arts President Trey Devey. “Our young Interlochen artists will bring a wondrous story to life that celebrates connection and community.”

DPTV is Michigan’s largest and most-watched public television station, with more than two million weekly viewers across its five channels. DPTV’s “Detroit Performs: Live From Marygrove” serves as a platform for artists and arts organizations to connect with the public, to practice their craft, and to keep the performing arts alive in the South-Eastern Michigan community. Each episode is curated by an arts and cultural Partner and features the most exciting performers that Detroiters should know.

For the first time since 2019, Interlochen presented public, in-person performances of The Nutcracker Dec. 9-12. In compliance with Interlochen’s COVID-19 policy, all visitors were required to wear masks while inside campus buildings and for the duration of the performance.

About Detroit Public Television
Serving Southeast Michigan, DPTV is Michigan’s largest and most watched television station, with the most diverse public television audience in the country. Each week, more than 2 million viewers across Southeast Michigan and Canada tune in to watch the station’s five broadcast channels. DPTV is the state’s only community-licensed station, meaning it operates almost exclusively without educational or government institution. Its mission is to educate, engage, entertain and inspire through the power of public media, delivering programming that showcases arts, culture, news and analysis, as well as educational outreach campaigns to broaden knowledge and understanding. It provides open access to trusted, balanced and inspiring content in partnership with the region’s diverse communities. To learn more, visit dptv.org.