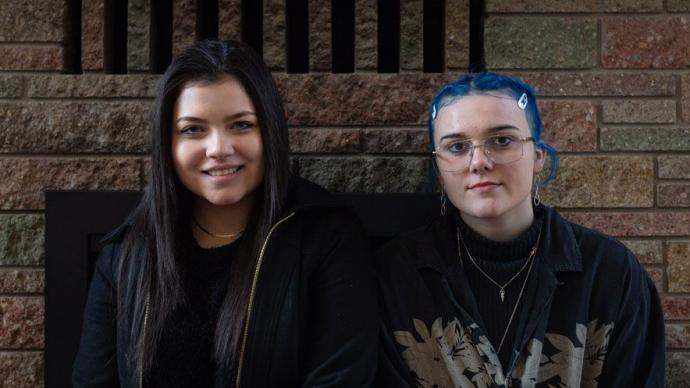 Oboist Angela E. Scates (left) and creative writer Sophie Paquette (right) are among the nominees for Presidential Scholars in the Arts.

As the only nominating agency for Arts Scholars, the National YoungArts Foundation selects finalists based on each student’s artistic and academic accomplishment as well as their commitment and contribution to their school and community. Paquette and Scates earned eligibility for this honor by receiving national YoungArts awards.

The selected Scholars will be invited to participate in the National Recognition Program in Washington, D.C. this June, during which they will receive a Presidential Medallion and present their work at the John F. Kennedy Center for Performing Arts.

Since 1964, a total of 45 Interlochen Arts Academy seniors have been recognized as Presidential Scholars in the Arts.